For any 1997-2003 F150s build, one of the first areas to consider for an exterior upgrade are your headlights. By now they've probably seen a fair share of wear and tear. Here at Stage 3 Motorsports, we offer a great variety of awesome custom headlights that include the latest in lighting technology to not only provide exceptional safety while driving at night but can also add an awesome new custom look to your F150 that will help it stand out from the rest of the pack. Our 1997-2003 F150 aftermarket headlights from Stage 3 look awesome and replace your truck's stock reflector low-beam headlight design with projector lenses that can be used in conjunction with HIDs to give your truck amazing levels of lighting capability. Many of our F150 headlights even include LED strips and "Angel Eye" halos that give your truck an aggressive, custom look all in one place. If you're going for a more classic look, our clear lens headlights will definitely do the trick. If you're going for that "smoked" or "blacked-out" look, we definitely have you covered as well. Once you have some new headlights or other headlight parts, take a look at our F150 LED taillights or our F150 LED tailgate light bars.
F150>1997-2003 F150 V8 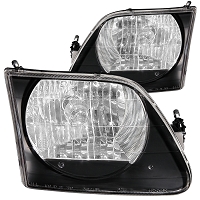 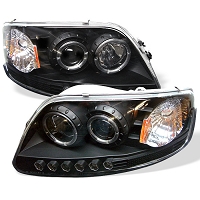 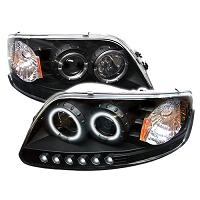 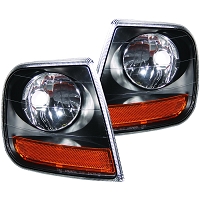 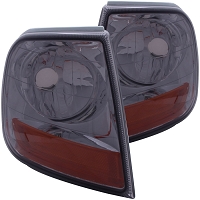 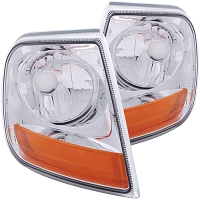 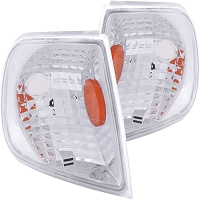 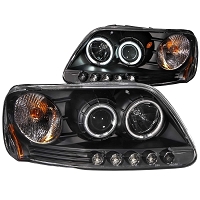 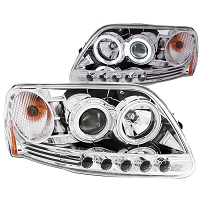 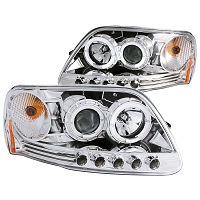 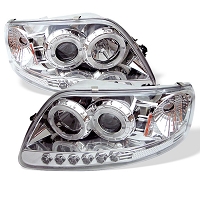 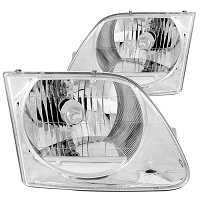