There's nothing better than a lifted 1997-2003 F-150 but as your truck starts to elevate in height, if you've added on a massive lift kit, it can become an issue for you and your passengers to get in and out without a struggle. Thatï¿½s where our selection of Side Steps, Running Boards, and Nerf Bars come to the rescue. Here at Stage 3 Motorsports, we have several different styles and options available to meet the needs of you and your passengers. From black powder-coated finishes to match your dark paint job or stainless steel for a more classic look, we have everything you need to make your F150 look awesome while providing a much more convenient way to get in and out of your cab during even the worst weather conditions. After you've found a great side step solution, be sure to check out our 1997-2003 F150 fender flares or our leveling and lift kits for an awesome new look for your truck.
F150>1997-2003 F150 V8 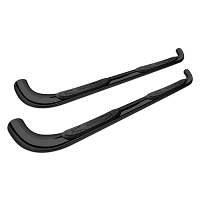