You're going to be spending most of your time with your truck sitting in its cab, so make sure the interior is just as awesome as its exterior by grabbing some interior lighting components and hardware from Stage 3 Motorsports. We have everything from awesome door sill plate kits to more basic LED dome lights that add some aftermarket shine and improved overall light output to your truck's interior. After your truck's interior is all set, check out our F150 third brake lights or our F150 mirror lights. Ford F-150 Fitments: 2009, 2010, 2011, 2012, 2013, 2014 Ford F150. Submodel Fitments: FX2, FX4, King Ranch, Lariat, Limited, Platinum, STX, XL, XLT. Some Exceptions apply, please see individual product pages for specific fitments. 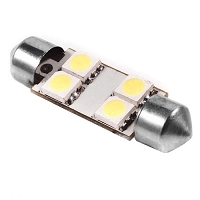 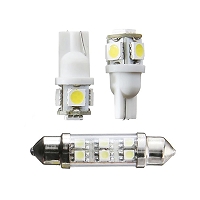 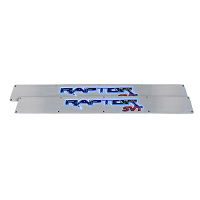 We here at Stage 3 are just as in love with the interior of our F150's as we are with the exterior. While the majority of our parts and modifications increase horsepower and torque or improve your overall ride quality and performance, the interior of our cabs are just as important, seeing as that's where we get to play Captain. If you're like us and you take pride in your F150, nothing says it more to your passengers than by upgrading your interior lighting with some of our fun and awesome-looking door sills and Recon LED Dome Light Replacement Bulbs. Whenever people see how these dome replacement bulbs have transformed our cab, they are shocked when they hear how inexpensive of a modification this really is. 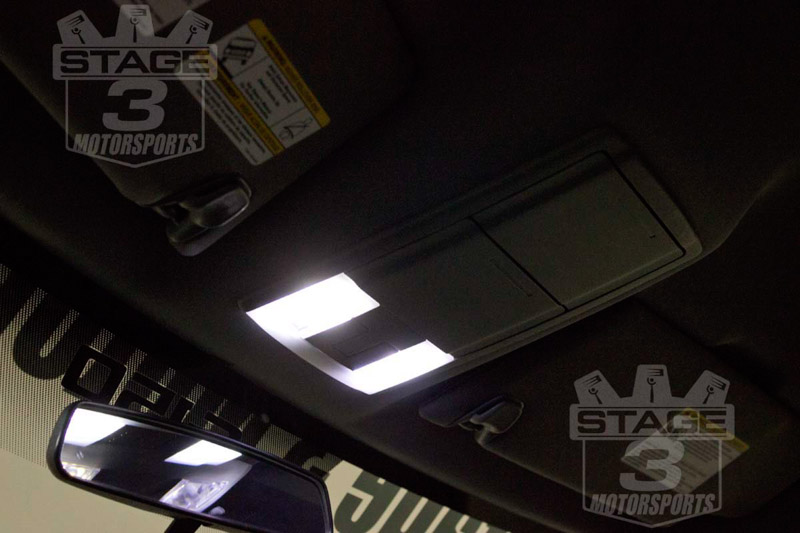 Nothing is cooler than opening your door at night to see the "F150" emblem lit up in your favorite color as these Front F150 Logo Illuminated Door Sill Plates from Recon really make a statement and tie in any aggressive F150 build. These high-quality, billet aluminum Door Sill Plates replace your boring factory sill with high-quality billet aluminum which is back-lit in your choice of color. Each of the rear plates feature the Ford Oval Emblem and unique lines that illuminate every time you open your truck's rear doors, while the front sills feature the "F-150" logo sandwiched between two Ford Oval Emblems. These plates are a perfect way to get a cool, custom F150 interior that you're proud to show off. Take a look at how they transformed our 2013 F150 EcoBoost Platinum Build.
Ooop! The email you entered isn't valid.
WooHoo! You subscribed successfully.
Ok! You're unsubscribed.
Scroll to TOP