The 2005 to 2009 Mustang GT looks great, but it can easily look better with an awesome aftermarket hood from Stage 3. Each of these complete Mustang hoods were carefully designed to add on to the S197s' sleek, retro looks and are easily one of the best styling upgrades you can throw on your Pony. Each of our hoods come from premier Mustang performance parts manufacturers like TruFiber/TruCarbon, Cervini's Auto Designs, and RK Sport so you know that you're getting a great-looking hood that will also last you for ages. All of our hoods are direct, bolt-on replacements for your factory aluminum hood, and each are either made out of high-quality fiberglass or more aggressive carbon fiber. Some of these Mustang hoods even feature built-in ram air and/or heat extraction systems that boost your engine's performance. Many of these hoods can even be used with aftermarket hood struts for even greater convenience. After you pick up a new hood, go take a look at our 2005-2009 Mustang aftermarket front bumpers. 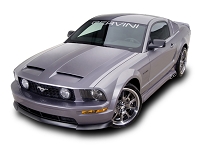 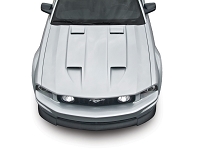 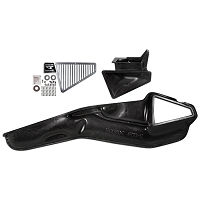