Some installs are beautiful, serene, bolt-on experiences that our friends down at Extreme Performance fly through while barely breaking a sweat. Other's are nightmarish amalgamations of pain and suffering unlike anything the world has ever seen. But these Husky Liner Rear Wheel Liners for the 2006 to 2014 F150s gave us what was the most terrifying experience that we've ever had. Kris shook in sorrow and fear, Jay recoiled in disgust, Dylan sobbed in the fetal position, and I wrote a stirring and heartfelt goodbye note to my family. The Husky Rear Wheel Liners were almost too much to bear for us and our 2012 F150 EcoBoost FX4, but somehow we persevered. 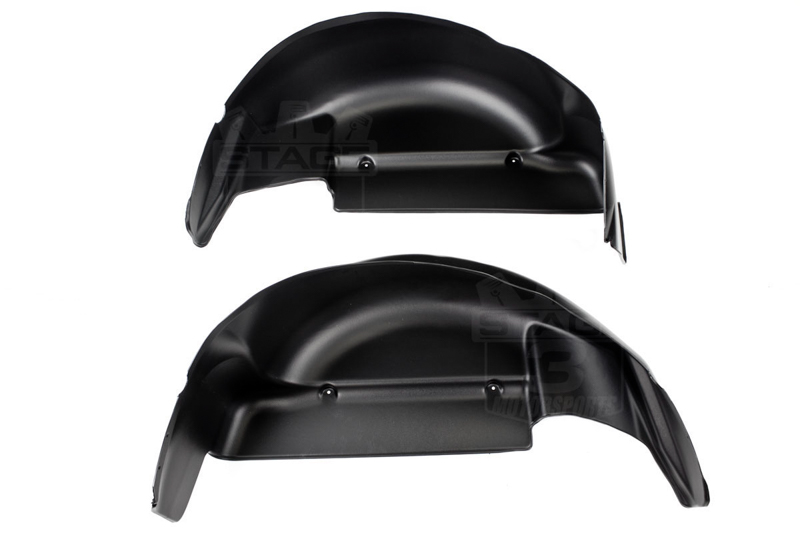 For our first step, Kris from Extreme Performance popped the liners into place, and bolted them down with the supplied hardware.

In all seriousness, by the time I took a few photos of our SmittyBilt M1 grille install on our 2007 F150 and walked across the shop, Kris already had one liner in and was finishing up the second in the photo above.

I think these are more meant for factory fender flares. I installed these w/o flares and they trap mud on the round part of the fender bad