2009-2014 F150 Coilover Leveling Kits give your truck both some extra front ride height and improved handling both on and off the road. Just about any coilover leveling kit will improve your F150's ride quality and suspension performance. Some coilovers are purpose-built for aggressive off-roading, and can help turn your truck into a true off-road vehicle in no time. Have a look at our upper control arms or rear shocks. Ford F-150 Fitments: 2009, 2010, 2011, 2012, 2013, 2014 Ford F150. Submodel Fitments: FX2, FX4, King Ranch, Lariat, Limited, Platinum, STX, XL, XLT. Some Exceptions apply, please see individual product pages for specific fitments. 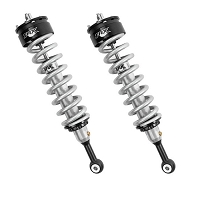 If there's anything we happen to have in abundance, its coilover and shock/spring leveling kits. While quantity and a ton of options are generally good things, the huge range of different shock and coilover options all with their different designs, capabilities, and intended uses, tend to make choosing an F150 coilover leveling system a bit "interesting" to say the least, if not an outright pain in the ass. That's probably why one of our most common questions when it comes to F150 suspension is "Which coilover kit should I choose?" or "what is the best F150 leveling coilover kit?" Well, 'best" is a subjective term, but we here at Stage 3 can definitely find a set that will work best with your application or budget. 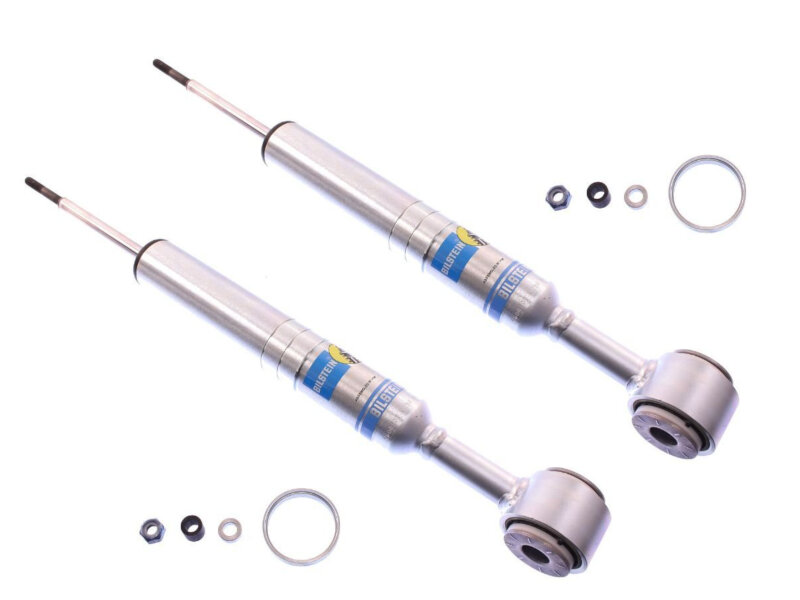 Anyone on a budget, or who isn't going to be really flogging their truck off-road, probably doesn't need a full-fledged coilover kit with adjustable remote reservoirs, laser beams, and built-in saunas. While powerful (and expensive) hardware is all well and good, there's plenty of situations where those kits are bit (or even extreme) overkill. For street trucks that do more towing, highway driving, and maybe some lighter-duty off-roading, your best choices are going to be leveling shock systems like the Bilstein 5100s, Rancho quickLifts, and Pro Comp Pro Runner Kits. All of these systems provide some extra front lift and improved suspension performance without wrecking street ride quality or breaking your bank. Rancho's QuickLift series is probably the most versatile and features adjustable compression settings to help dial in your ride. The Pro Comp Pro Runners are fairly inexpensive shocks that give you some extra performance thanks to is mono-tube, aluminum-body design. The most popular options for these trucks are the Bilstein 5100 series that have three settings for ride height are tough enough for light off-road use without being too harsh on the street. 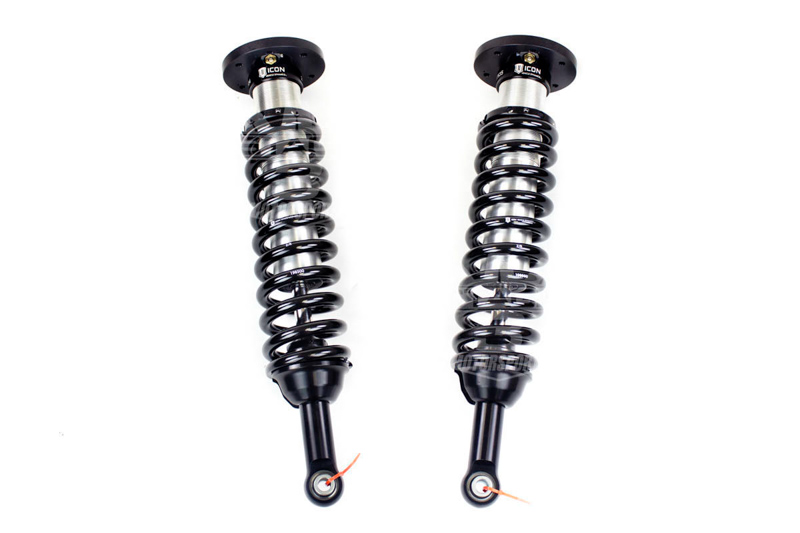 On to coilovers, and we have a lot of choices. We'll ignore kits for the time being, and just focus on the coilovers themselves. Coilovers are basically the "top dogs" when it comes to off-road performance, and there's several options depending on just what type of off-roading you're in to. Standard coilovers like the FOX 2.0s or the F150Lifts Bilstein Coilover systems can handle most moderate trail riding without issue while giving you taller ride height. Even better performance, response, articulation, and fade resistance can be found with 2.5 coilovers from Fox or ICON. With a larger diameter and more impressive spring than more standard 2.0 coilovers, these 2.5 coilovers are a great choice for aggressive off-roading, especially when paired with performance rear shocks, rear blocks, or upper control arms. Finally, there's the reservoir coilover kits from ICON, Camburg, and Fox which offer even better off-road performance. The reservoirs attached to these coilovers hold more oil to reduce fade, provide better response, and give your truck the ultimate off-road performance setup.

Our 2012 F150 5.0L Project Truck was one of our more capable off-road vehicles that we've thus far put together, and most of it was thanks to the ICON Stage 2 Suspension Package that we threw on it. The kit included a pair of ICON 2.5 Coilovers, ICON Uniball Upper Control Arms, and ICON 2.0 Rear Aluminum Shocks. We added in a ReadyLift 3" Rear Block Kit to get the rear a little higher to keep up with the coilover's pre-set 2-3/4" lift height. Thanks to its suspension setup, our Red 5.0L could tear around off-road with extreme ease. Check out our videos below for the kit and the truck in action.

A Quick Look at Fox Coilovers

You know all that talk about balancing performance and price? Here's your other option, and it's one that can get you that extra inch of ride height that Fox leaves on the table. The F150Lifts 2009 to 2013 F150 BOSS Coilovers and the 2014-Specific BOSS Coilover Kits offer up excellent levels of performance and improved travel without effecting your F150's on-pavement ride quality. Most importantly, the BOSS kits are adjustable to up to 3" of front ride height, giving them comparable adjustability to ICON's 2.5 coilovers with a lower price that's comparable to the Fox 2.0 kits. The BOSS kits even come with different color options for their springs so that you can get an even more custom look for your truck along with improved performance and ride height.
Ooop! The email you entered isn't valid.
WooHoo! You subscribed successfully.
Ok! You're unsubscribed.
Scroll to TOP