Aftermarket performance tuning is the biggest bang-for-your-buck upgrade that you can make on your 2011-2014 F150 EcoBoost. Aftermarket tuning turns up your EcoBoost's boost pressure, ignition timing, fueling, and other factors to get a huge amount of new-found horsepower and torque. Once you're done browsing our tuning options, take a look at our Performance Packages or our Catch Cans. Ford F-150 Fitments: 2011, 2012, 2013, 2014 Ford F150 with 3.5L Ecoboost engines. Submodel Fitments: FX2, FX4, King Ranch, Lariat, Limited, Platinum, STX, XL, XLT. Some Exceptions apply, please see individual product pages for specific fitments. 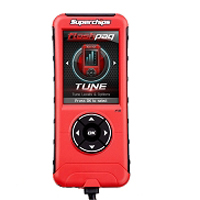 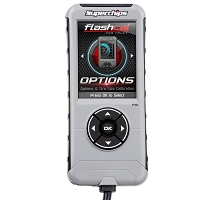 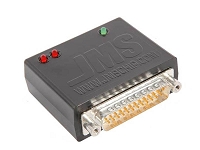 One of the biggest concerns folks have when it comes to tuning their trucks is the effect that it'll have on their Limited Powertrain Warranty from Ford. While you are protected to some extent under the Magnusson-Moss Warranty Act which requires that a dealer or manufacturer prove that an aftermarket tune or component caused a failure before refusing to cover it under warranty, the situation can be tricky in reality. To help keep you protected if things do come to a head with your dealership or Ford itself, we here at Stage 3 have partnered with 5-Star Tuning to offer up Limited Powertrain Warranties that cover 5-Star's Custom Tuning for your F150. Now you can put powerful PCM tunes on your 2011 to 2014 F150s while getting up to $20,000 in damage coverage that even includes labor! Get all the details on our Limited Powertrain Warranties Page

If you're still with us, you're probably wondering what the heck we were talking about up top with "canned" tunes and custom tunes and which you should pick. First off, what the hell is the difference between the two types of tunes? "Canned" tunes are a nickname for for the pretty standard performance tunes that come on most tuning devices. These tunes are pre-built by Edge, SCT, Superchips, and whoever else to work on a ton of different trucks in a variety of different applications. These tunes are potent upgrades for your truck that can get you excellent power gains at a price that's lower than custom tuning.

Standard canned tuning is good, but a full-blown custom tune is even better and can get your truck even more power than a standard canned tune while being tailored to a variety of different applications and climates. Our custom tuning comes from 5-Star Tuning, one of the best F150 tuners in the business, and their F150 custom tunes will have your truck running at its absolute best, whether you need huge power for performance driving, some extra torque and adjusted shifting for towing, or improved fuel mileage for your jaunts around town. 5-Star's F150 EcoBoost custom tunes are built specifically for your truck and take into account certain aspects of your truck that "canned" tuning can't even touch. A custom tune can be specifically adjusted for all the performance parts on your EcoBoost F150, as well as its drivetrain, axle ratio, and other features so that yo can get the most of your truck.

Additionally, 5-Star can build tunes for specific applications and octane levels, both of which come as options in drop-down menus in our tuner product pages. 5-Star offers options for high-performance, towing, and fuel economy with 87 octane, 91 octane, and 93 octane tunes available for each. This huge assortment of tuning options allows you to find the tunes that best fit your truck and help make into the machine that you've been waiting for. Each of our SCT Devices with 5-Star tuning come with three tunes of your choice. For instance, you can choice a high-performance 93 octane tune to get the most horsepower and torque out of your truck for trips to the track or trail, a 91 octane towing tune to give your the power and revised shift points to tow all your heavy gear, or an 87 octane economy tune to save you big bucks on long road trips or your daily drive stuck in traffic.
Ooop! The email you entered isn't valid.
WooHoo! You subscribed successfully.
Ok! You're unsubscribed.
Scroll to TOP