The 2011 to 2014 Mustangs pack a lot of power under their hoods and they're extremely fast in a straight line, but they lack quite a bit of handling when it comes to cornering at high speeds. You can easily remedy this problem, however, by swapping out those ineffective factory components with one of our high-performance suspension packages. These suspension packages come from industry leaders like Eibach, Steeda Autosports, Ford Racing and many others. Basic shock, strut, and sway bar packages are our most popular Mustang suspension packages and are a great choice for the street driver that wants some better handling. After you have a suspension kit picked out, make sure to take a look at our 2011 to 2014 Mustang Brake Upgrades. 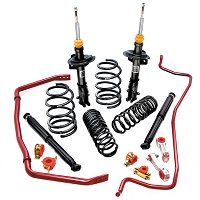 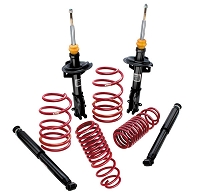 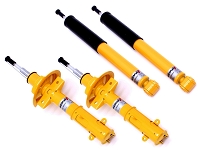 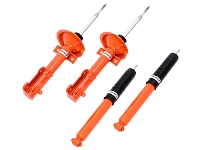 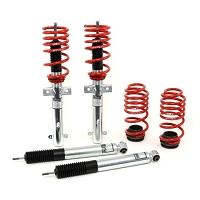 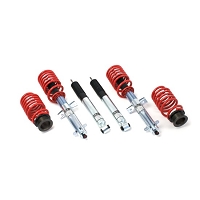 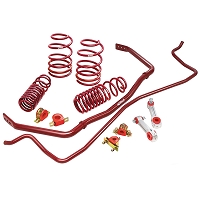 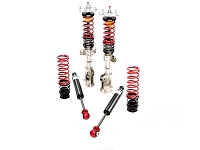 While your 2011 to 2014 Mustang GT 5.0L V8 and 3.7L V6 are awesome off the line and on the straightaways, they have issues when it comes to keeping their rear wheels on the track when cornering at high speeds. At Stage 3 we understand what it takes to correct that problem and get your Mustang handling like a pro. By upgrading to one of our Eibach Suspension Packages, you'll get everything you need to pull the reigns in on your Pony and get exceptional control. With the Eibach Pro System Plus Suspension Kit you get the perfect amount of drop that the majority of Mustang owners would be happy with, while the Eibach Sport System Plus Suspension Kit lowers your ride much more aggressively for track racing. Both systems include: Lowering Springs; an Anti-Roll Front and Rear Sway Bar Kit; and Pro-Damper Performance Shocks. 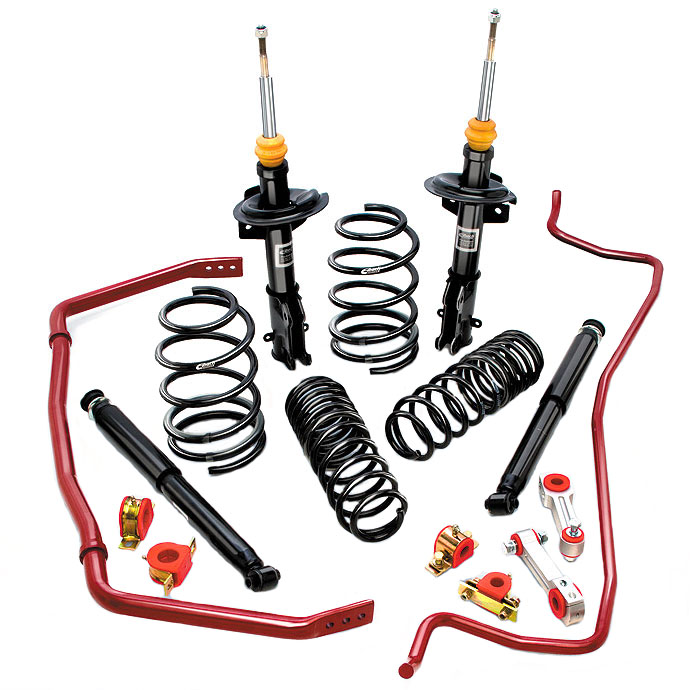