Prevent the infamous "EcoBoost Shudder" and other reliability issues with your 2011-2014 F150 3.5L EcoBoost by grabbing an F150 EcoBoost Catch Can Kit. Catch Cans capture PCV blow-by and atmospheric moisture that would otherwise pool in your truck's intercooler, and then get gulped by your engine when you punch the throttle. Go check out our cold air intakes or our custom tuning. Ford F-150 Fitments: 2011, 2012, 2013, 2014 Ford F150 with 3.5L Ecoboost engines. Submodel Fitments: FX2, FX4, King Ranch, Lariat, Limited, Platinum, STX, XL, XLT. Some Exceptions apply, please see individual product pages for specific fitments. 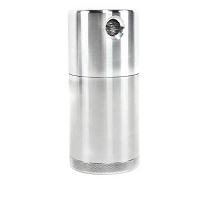 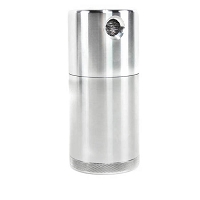 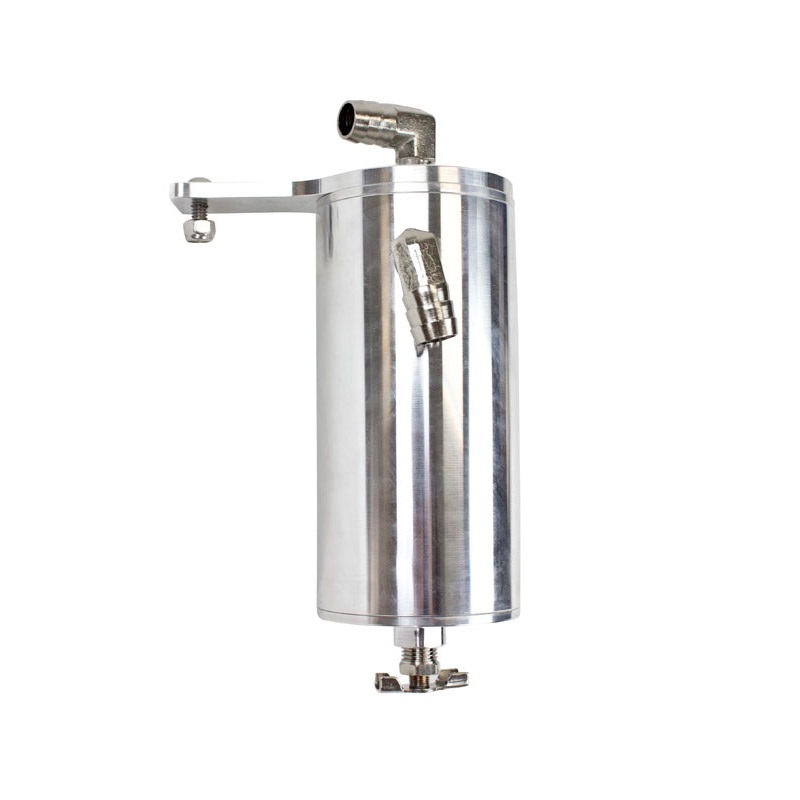 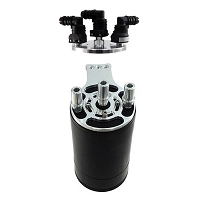 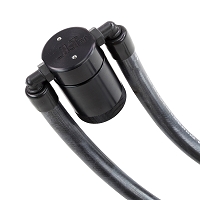 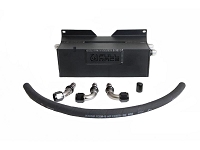 With the release of the newest variation of UPR's oil catch can, there are now just enough catch can options out on the market to make things confusing enough that we here at Stage 3 should do a writeup on the subject. The good news is there's only a few different types of catch cans across all of the brands available on the market, so breaking them down isn't overly difficult. We'll use UPR's catch cans as an example. In any case, here's our brief overview of all the current catch can options available here at Stage 3. 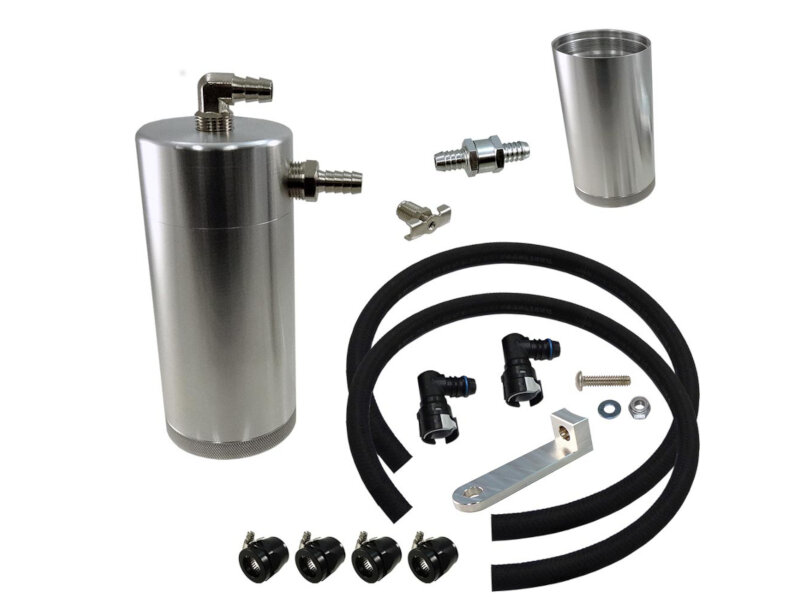 The Positive Crankcase Ventilation (PCV) system on your 2011 to 2014 F150 EcoBoost's 3.5L V6 does its job of clearing crankcase pressure, but it happens to take with it a lot of oil vapor blow-by as a result. While this isn't usually a huge problem in most applications (aside from some octane degradation), all that oil blow-by and atmospheric moisture tends to pool in your turbocharged truck's intercooler, which is one of the causes of the infamous "EcoBoost Shudder". The other issue is valve coking, where your intake valves get coated with sticky oil residue that causes a loss of performance and other problems. Catch cans large alleviate both problems by capturing oil vapor before it gets into your intake stream. 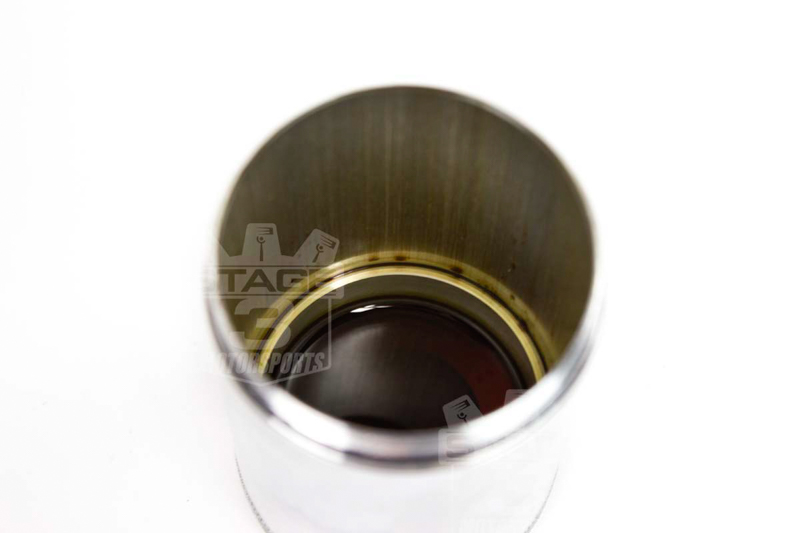 The most simple of the catch cans are those like UPR's original EcoBoost Catch Cans for both the driver's side and passenger's side of the engine. These catch cans have a single inlet and single outlet into their top caps. The top cap of the can is stuffed with metal fibers and filaments. When air from your truck's PCV system enters the can, oil vapor hits the metal inside the cap and then drips down through the trap and into the can's reservoir. While simple and inexpensive, these catch cans aren't the absolute most effective options out on the market, and because they mount in the engine bay, they can be a bit more difficult to empty than other catch cans. Still, they do the job of keeping your intercooler dry and your intake valves un-coked. 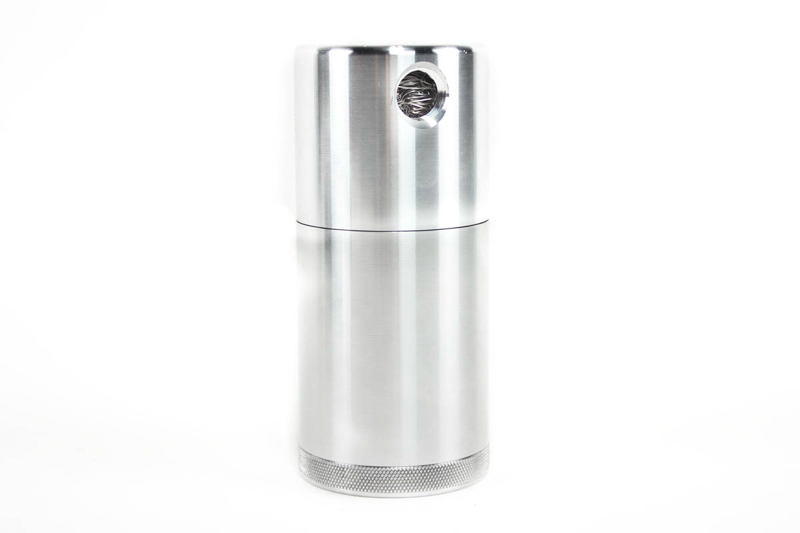 The UPR Single-Valve Catch Cans are a good upgrade over their basic cans, and provide improved oil capturing and a much more ergonomic design. The single valve catch cans feature a three-stage internal oil capturing design where oil enters a pair of specialized chambers that cool, condense, and finally capture oil vapor in its reservoir. The specialized design of the coalescing chambers help prevent any oil vapor from reentering your intake system. The Single-Valve catch can mounts in front of your truck's radiator and comes standard with a petcock on the bottom of the reservoir that makes emptying the can extremely easy. While it doesn't capture the most oil out of all of UPR's options, the Single-Valve cans are a good upgrade over the more basic cans without a huge chunk of change out of your wallet.

Dual-Valve Catch Can with Clean-Side Separator

The ultimate say when it comes to pulling oil out of your truck's PCV stream is the UPR Dual-Valve Catch Can. This can comes with a Clean-Side Oil Separator, which makes it a catch can within a catch can system. Just like the Single-Valve Can, the Dual-Valve can features a three-stage internal design, but features two inlet ports that bring in PCV oil blow-by from both the passenger's side and driver's side of your truck. The driver's side of the truck also gets a miniature oil separator of its own to efficiently bring oil into the main can. While the Dual-Valve Can's nearly flawless efficiency is very nice indeed, some folks may be put off by the $349.99 base price. However, that seemingly high price gets you a billet catch can, billet clean-side separator, braided hoses, and high-quality hardware making the dual-valve can your best bets for totally solving condensation issues and intake valve buildup. 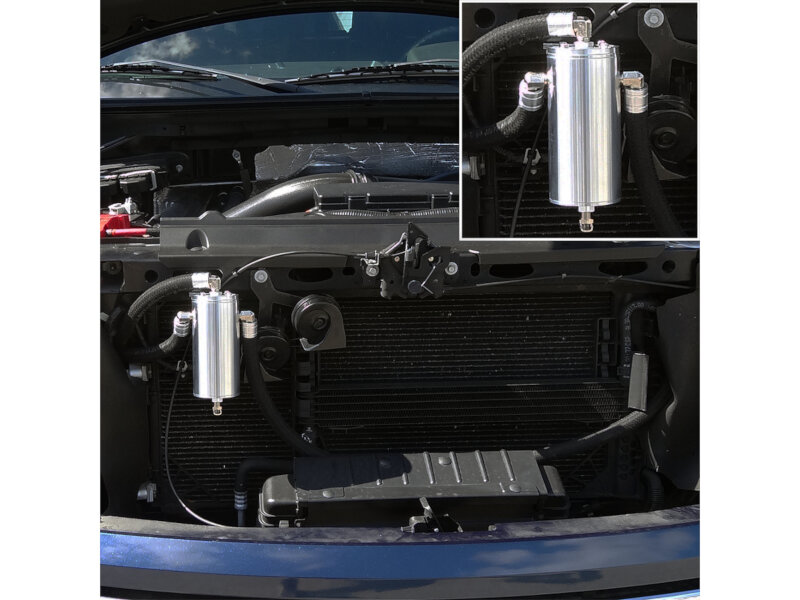 UPR's latest and greatest F150 EcoBoost catch can design is their Dual-Valve MEGA Catch Can. The MEGA can is absolutely enormous, allowing it to capture and store a ridiculous amount of blow-by and atmospheric condensation and is an excellent solution for anyone who doesn't want to constantly empty one of UPR's smaller catch can options. The MEGA Can features the same dual-valve design as UPR's smaller dual-valve can, allowing it pull oil blow-by out of both the passenger's and driver's side heads of your 2011 to 2014 F150 EcoBoost for excellent levels of efficiency. 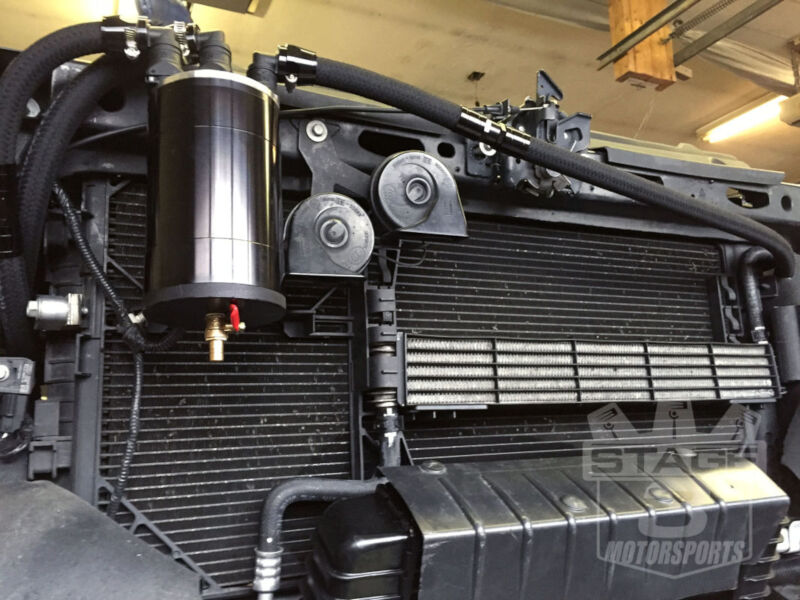 You really can't go wrong with any of these choices, and while we do recommend grabbing a catch can for your truck, you by no means "need" to get one. That being said, new new UPR Single-Valve can is looking like the best buy at the moment, given its excellent balance of efficiency and price point.