Posted by Jason Locke on 5/29/2021 to Before you Buy
The factory eBOV on the 2013-2020 F150s is not known for being the most reliable thing in the world. Not to mention, where's the fun in having a mean, turbocharged truck if you can't gear the VTA "PSHHHH". Granted, that "psh" is a bone of contention among the F150 faithful, though there's not much argument about the eBOV not being the most reliable thing in the world, especially if your truck is running around with extra boost pressure from aggressive tuning or turbo upgrades. But what does all this "VTA", "BOV", or "BPV" actually mean, and which do you actually want for your truck? There's a couple of different BOV and BPV options available for the 2013-2020 F150s, and we thought it would be a good idea to take a deep dive, since we do get a decent amount of questions on our various BOV options.

What's a BOV or a BPV anyway?

Per usual, we're going to start with the basics. Your EcoBoost F150 has a pair of turbochargers that push air into your F150's V6 motor to generate all that lovely horsepower and torque. Without a doubt, this is all a good thing, but you only want your F150 to make power and accelerate when you're punching the throttle. So, when you lift your foot, all that boost pressure needs to go somewhere other than your engine. That's where BOVs, BPVs, and Diverter Valves come in. All three serve a similar function in that they vent pressurized air out of your truck's intake system when the throttle is closed, which takes load off your F150's turbochargers and prevents unwanted acceleration. While BOVs, BPVs, and Diverter Valves all do a similar job, they do that job in different ways that give you a slightly different result when it comes time to actually vent that excess boost pressure. A Blow-off Valve (BOV) vents excess pressure into the atmosphere outside of the valve and your intake stream in a process not-so-cleverly called Vent-to-Atmosphere or VTA for short. A true VTA BOV has that classic "PSH" or hiss sound as charge air is vented out into your vehicle's engine bay. Now, technically speaking, you do "lose" that charge air as it's vented out, but in the F150s at least, that amount of air does not make up enough of a percentage of your overall inbound air to make a difference. A Bypass Valve (BPV) or Diverter Valve vents excess pressure back into your vehicle's intake stream instead of venting into the atmosphere. Unlike a VTA BOV, a BPV is connected to your vehicle's intake stream via a separate air line or some internal mechanism. Since the venting is usually internal, a BPV does not make much of a sound at all, much less the noticeable "PSH" or hiss that a BOV tends to make. In theory, since a BPV or a Diverter Valve returns your air back into the intake, they're more efficient than a BOV, but again, on the F150s, the small amount of airflow versus what's brought in and generated by the turbochargers really doesn't make that much of a difference. 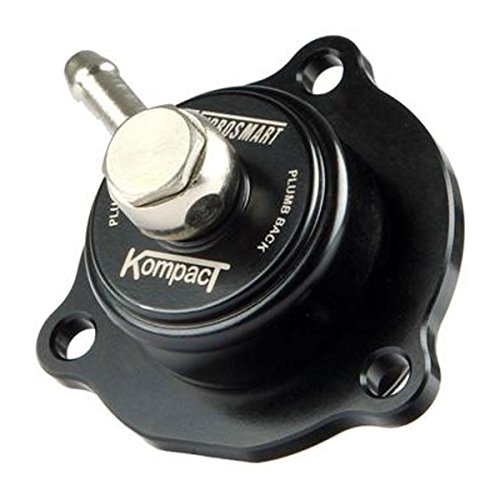 The stock Electronic Blow-Off Valve (eBOV) is technically a BOV that recirculates air back into the intake stream. "Why isn't it called a Bypass Valve, then?" you ask. Well, skippy, the stock eBOV doesn't recirculate on its own. The eBOV's vents pressure into a separate recirculation tube, thus making it a BOV. Yes, it's that pettily semantic. In any case, the factory eBOV is known for two things: 1). Being a BOV that doesn't give you a "PSH" sound, which is no fun. 2). Not having the best reliability, especially on tuned or upgraded F150s. The stock eBOV not making an actual BOV noise is more of an aesthetic thing. Some people like hearing their BOV pop-off, while others do not. There's not really a "wrong" answer when it comes to the sound question alone. The bigger issue with the stock eBOV is its reliability. The factory eBOV is made out of plastic with a combination of plastic and polymer internal components that just don't last, especially if you're running a pretty potent tune and/or aftermarket turbocharger components that increase boost pressure. The stock eBOV's internal valving is prone to leaking, causing your entire intake system to not maintain as much boost pressure as your truck may be capable of producing. This isn't a great situation, but just about any aftermarket BOV offers a huge improvement in reliability over the stock eBOV.

The good news is that there's more than few ways to replace or modify your F150's stock eBOV to get the VTA sound and prevent/fix any potential leaks. If you're looking to completely replace the stock eBOV, then take a look at either the TurboSmart Vee Port EM BOV or the GFB DV+ BOV. Both of these BOVs completely replace the stock eBOV and feature a true VTA design with a very loud and distinct blow-off sound. The Turbosmart Vee Port is a complete unit that includes its own solenoid and connector. The GFB Vee Port reuses the stock solenoid and connector, which keeps its cost down while still having a plug-and-play install. Unfortunately, there aren't any BPVs that stay silent while still providing a reliability improvement over the stock eBOV. The design of the eBOV and how it recirculates doesn't really lend itself to being replaced by a self-contained BPV, gut we'll see what the future brings.

Getting a VTA Sound without the Price Tag

If the price of the Turbosmart Vee Port or the GFB DV+ turns you off a bit, but you still want a VTA/BOV sound, there's a way to make it happen, namely the "VTA Mod". All the VTA Mod requires is for you to unhook the stock eBOV from the recirculation tube so that the stock eBOV actually vents to atmosphere. While the VTA mod won't be as loud as an aftermarket BOV, you'll still get a noticeable "PSH" sound, and that's all that really matters...sort of. The big problem with the VTA mod on its own is that it leaves the recirculation tube open, which means dust, dirt, water, and debris can get into your truck's intake stream and make it into your turbo's compressor wheels. That being said, the problem is easily fixed with the VTA Mod Plug. We offer a Billet Aluminum VTA Mod Plug, a Plastic VTA Mod Plug, and UPR has a Billet VTA Mod Plug. All these plugs pop right into the open recirculation port to keep the gunk out while you get that VTA sound from the stock eBOV In the end, you have more than one option when it comes to replacing the stock eBOV, and you even managed to learn something on the way. Congratulations. Personally, I'd prefer a better aftermarket BPV if it came to replacing the stock eBOV on my truck. As cool as the VTA BOV sound is, it can get old in pretty short order. Still, a VTA sound that gets old is much better than a leaking stock eBOV. Which direction would you go on your truck? Let us know below! 2013-2020 F150 BOV Upgrades:
Previous Post
Next Post
Ooop! The email you entered isn't valid.
WooHoo! You subscribed successfully.
Ok! You're unsubscribed.
Scroll to TOP