Getting the most out of your 2015-2017 3.5L EcoBoost V6 means you're going need a total overhaul of your F150's intake system, and your throttle body is a key component of it. That's why swapping in a larger throttle body can get your 3.5L EcoBoost a nice bump in horsepower and torque and open up your truck's intake stream for even more powerful modifications down the road. Once you have a throttle body, take a look at our lineup of tuners and monitors.
F150>2015-2017 F150 3.5L EcoBoost 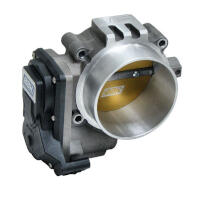 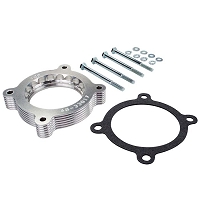 More Power and Improved Reliability with a Throttle Body!

The stock throttle body on the 2015-2016 F150 3.5L EcoBoost does its job, but it doesn't have the best long-term reliability and going a bit bigger can improve your truck's power. BBK's 73mm throttle body for the 2011-2016 F150 EcoBoost provides improved airflow into your F150's motor so that you get your truck running even better than before. Get rid of those P2112 codes and prevent limp modes while gaining power and performance.
Ooop! The email you entered isn't valid.
WooHoo! You subscribed successfully.
Ok! You're unsubscribed.
Scroll to TOP