Cold air intakes are one of the most popular "first mods" that most folks do as soon as they get their truck home in their driveway, and are an easy way to get some extra power, add a great look, and get an awesome sound without any hassles. Cold air intakes improve airflow efficiency into your F150's engine for some decent power gains, improved throttle response, and more fuel economy.
F150>2015-2017 F150 3.5L V6 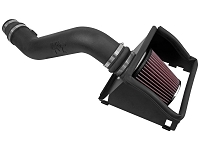 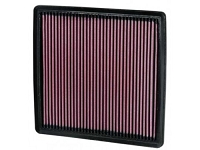