While we here at Stage 3 are excited about the body changes and design of the new 2015 F150, there's still one issue that continues to need to be addressed - getting in and out of the truck with ease. If you regularly have passengers or little family members that ride with you it doesn't take long until you realize you need to address the running board or side step issue, especially if your F150 has a lift of any sort. That's why we're happy to announce that AMP Research has rolled out their 2015 line-up of automated Powerstep Plug-N-Play Running Boards w/ Light Kit for side access and their awesome BedStep Bumper Step for the rear. Together these two exterior innovations give your F150 a whole new level of convenience, form, function and awesome looks. 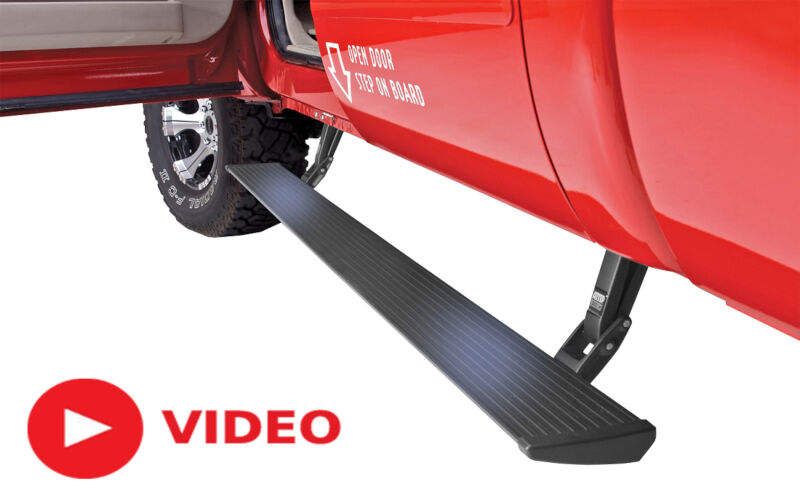 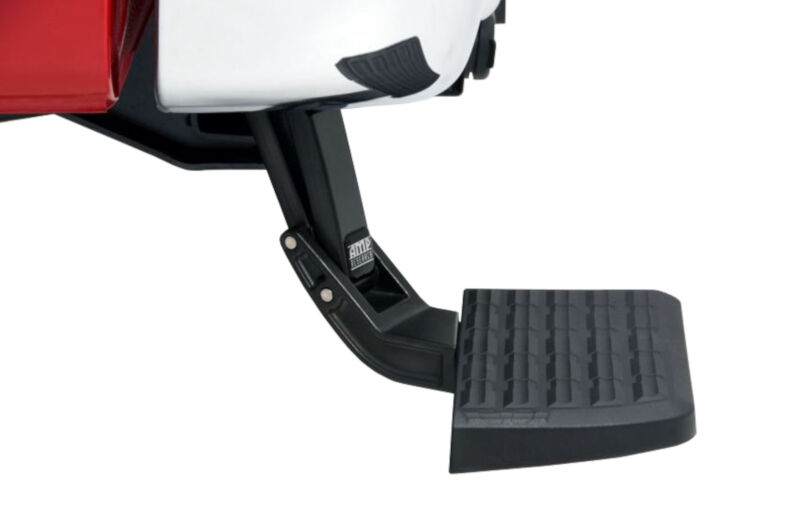 What separates AMP Research from other manufacturers out there is their innovation in design and function. While your typical running boards or side steps seem to be more for show than every day convenience and can even tend to provide more of an obstruction than help, AMP's revolutionary PowerStep is an automatic power-deployed system that features an electric motor assembly and a hinged design that allows these steps to fold up and tuck against your F150's frame while driving and then instantly unfold into place when you unlock your truck or open your doors. 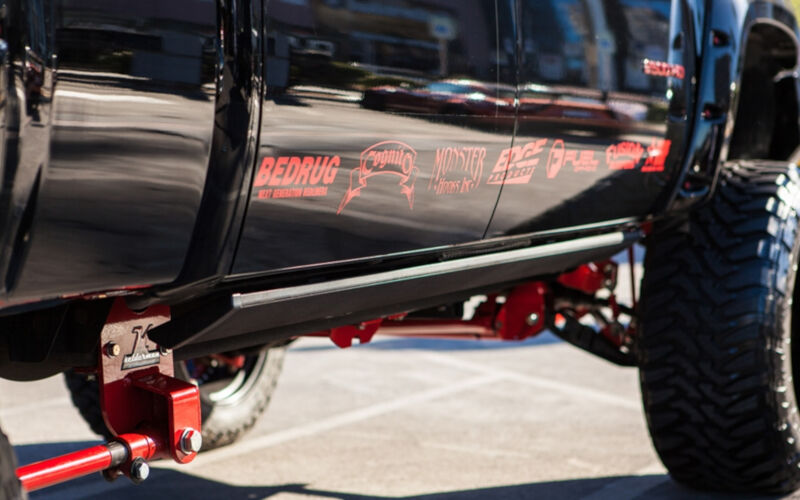 Invented, engineered and built in America, AMP Research's PowerStep™ has been tested and proven in long-term, real-world, driving conditions performing flawlessly in snow, ice, dust, mud and dirt. The lightweight, yet rock-solid running board and rugged die-cast linkage components are crafted in the USA using aircraft-quality aluminum, black-anodized and then PTFE-coated for maximum corrosion protection. Using precision-engineered stainless-steel hinge points and high-quality bearings, you're assured of years of trouble-free action. The heavy-duty electric motor was designed and tested to provide reliable, maintenance-free operation for decades. 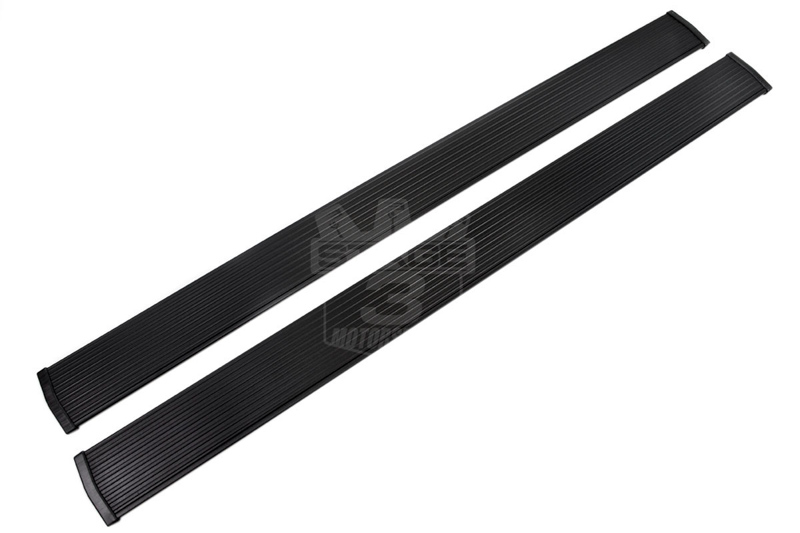 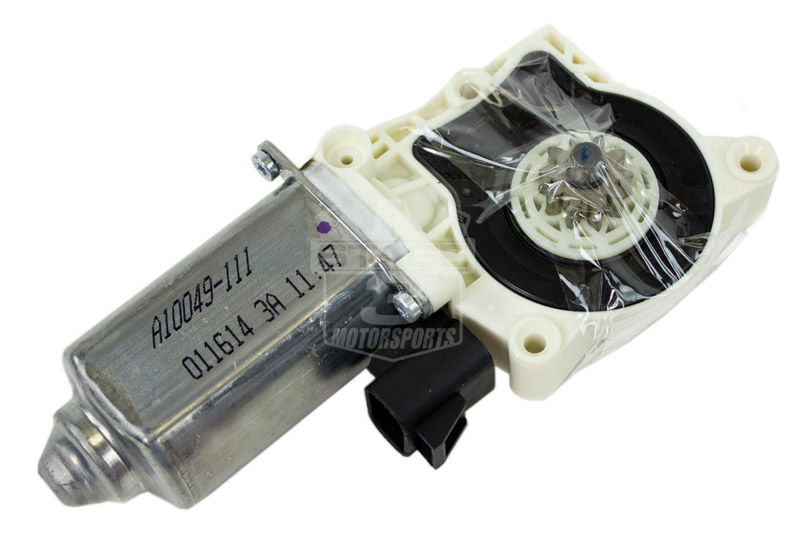 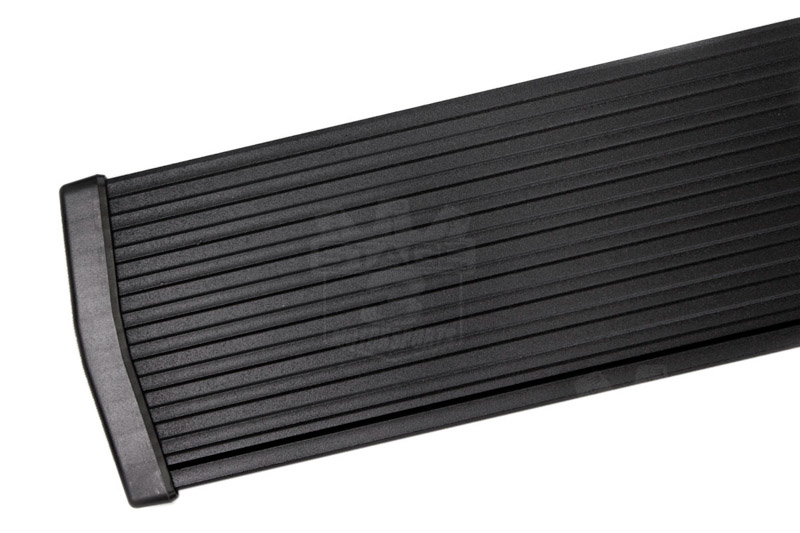 The 2015 version of these AMP PowerSteps were designed as a plug-and-play unit and include wiring that connects to your F150's OBD-II connector for convenience and an extremely easy installation. The AMP Research F150 Powered Steps are the perfect solution for getting in and out your truck, especially if it's aggressively lifted and/or running larger wheels and tires. One of our favorite features of this kit is the running lights that automatically turn on when the steps are activated. Not only do your side steps activate and fold down as soon as you open your door, but now your path will also be lit at all four access points of your F150 for safety at night. 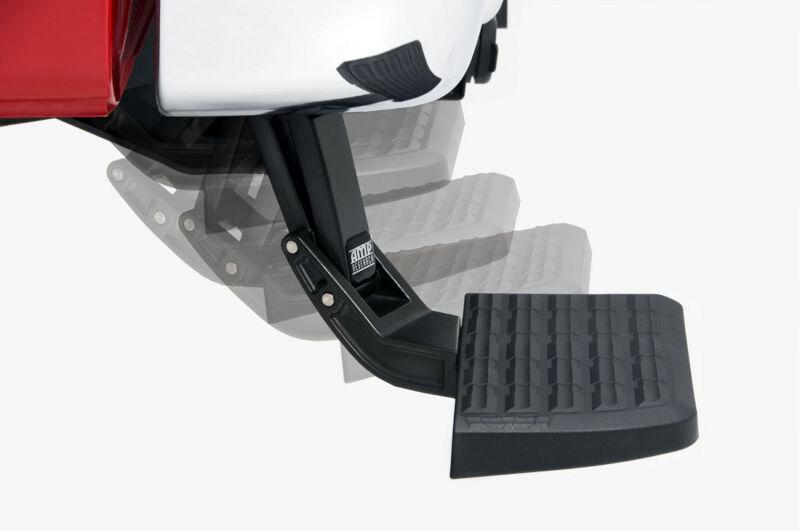 Also back in 2015 for the new F150 is AMP Research's BedStep Bumper Step. This rear step makes accessing cargo in the back of your truck a lot more convenient and has an innovative design that easily folds up or down, by hand or foot, whenever you need to use it. Especially if you've lifted your truck, you know that crawling up your tailgate every time you need to grab something from the bed of your F150 is not only annoying but can also be dangerous when it comes to hauling heavy items in and out of the bed. When not in use, the BedStep has a hinged design that enables it to be tucked up flat with the bottom of your bumper, making it hardly noticeable. 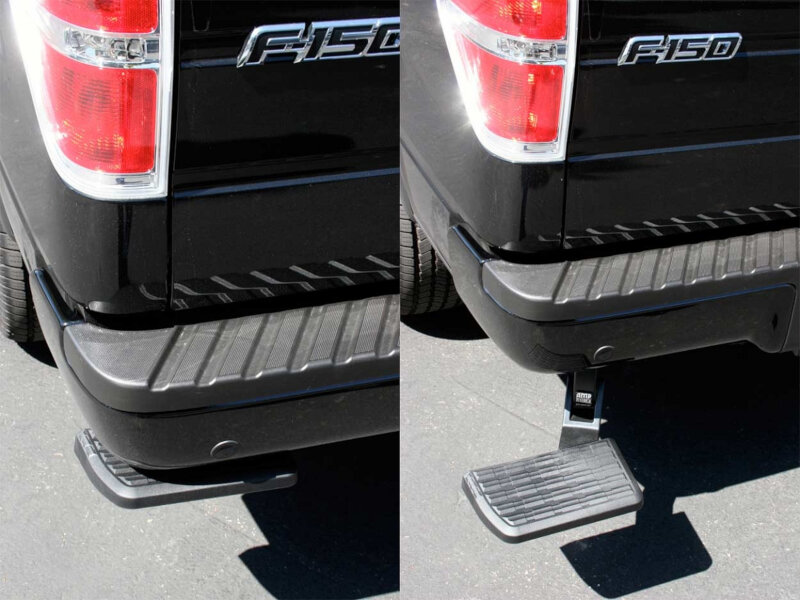 Strong and rugged, this non-slip, retractable bumper step quickly flips down with the nudge of a foot providing a faster, easier, and safer way to load or unload your pickup’s cargo, especially if your F150 is lifted. One of the best features of the BedStep is that it was designed to work with an open tailgate and won't get in the way if you're towing. Installation is quick and no drilling or permanent modification is required. It simply bolts up on the driver's side using the factory bumper mounting points. The BedStep features a high-traction, all weather, composite step-pad that's wide enough for two large boots and can hold up to 300 pounds. 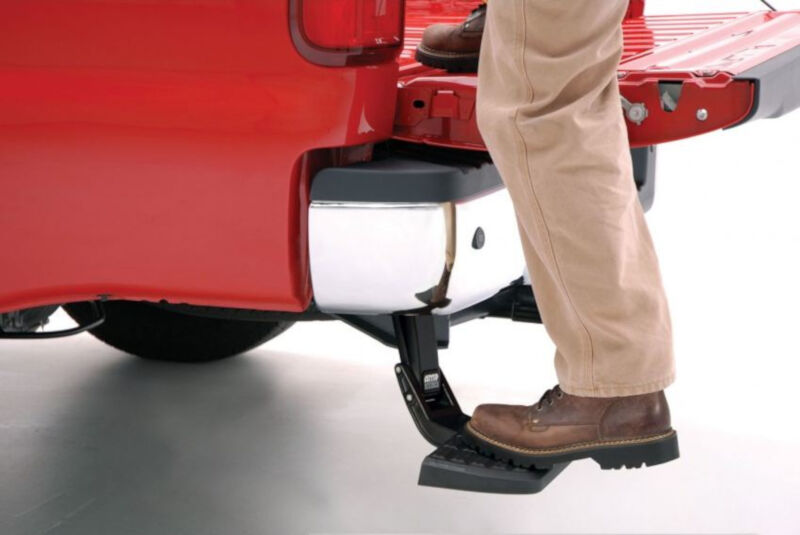 Both the PowerStep and BedStep are currently available to be equipped on all 2015 F150 models and cab styles: