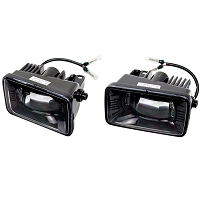 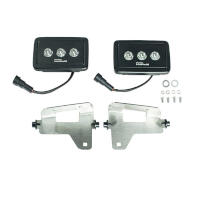 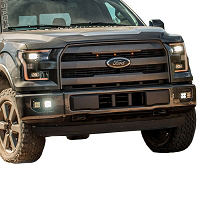 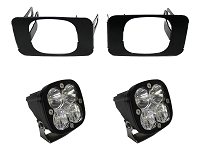 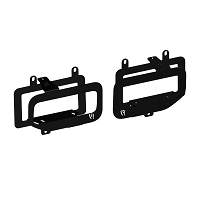 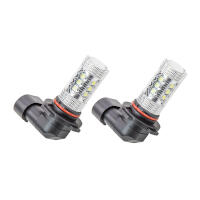 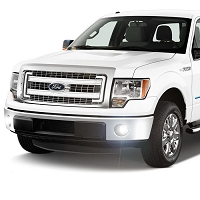 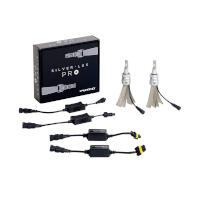 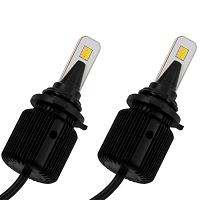 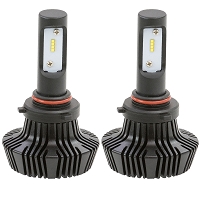 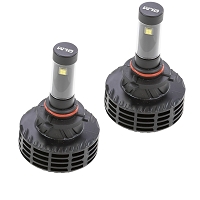 One of the biggest issues we had with the 2015-2017 F150s otherwise stellar good looks was the factory fog lights. The fog lights come with a pretty bland yellow glow, which especially clashes with the 2015 F150s that came with the optional upgraded factory LED headlights that have a bright, white look. Our own 2015 F150 3.5L EcoBoost was suffering from that very same clash of aesthetics, so we upgraded with a set of 2015 F150 LED Fog Lights in the form of Diode Dynamics' 1999-2017 F150 H10 LED Fog Light Conversion Kit. Diode's drop-in LED fog lights are an easy upgrade that makes it a breeze to get a whole new look for your aggressive 2015-2017 F150 build all in one go. Diode Dynamics give you several different options for output to meet your particular lighting needs, look, or budget. Naturally, we went with the brightest XML2s, which are rated at 1420 lumens. Check out the video below for more!

If you're thinking you'll need more light output than what a basic drop-in fog light replacement bulb or housing, then you'll need to turn to our very own Rigid Industries Complete Fog Light Kit. This complete fog light package comes with Rigid Industries brackets that replace the standard fog light buckets, a pair of Rigid Industries Dually SAE/DOT Approved Fog Lights that tie into your factory fog light wiring using a Starkey Products H10 to Deutsch adapter, and you choice of off-road D2 or Dually LED lights so that you get powerful and bright off-road lighting when you head off the beaten path. We put the very same package on our very own 2015 F150 2.7L EcoBoost Project Truck to give it a clean look with a massive improvement in light output.

From the get-go, we knew we were going to go for an aggressive black-on-white styling theme with our 2015 F150 XLT Project Truck, and we wanted to 86 as much of the factory chrome as we possibly could, including the fog lights. With their black faces and improved output, the Putco Luminix LED Fog Lights for the 2015-2017 F150s turned out to be an awesome solution. The Luminix Fogs offer up vastly improved light output over the stock fog lights, and look great on our project truck.
Ooop! The email you entered isn't valid.
WooHoo! You subscribed successfully.
Ok! You're unsubscribed.
Scroll to TOP
Mini Cart 0 Items