Posted by Jason Locke on 1/6/2014 to Informative Articles

The 2014 F150 Tremors are looking to be the performance street truck that we've all been waiting for since the SVT Lightnings died out back in 2004. This standard cab, 6.5ft bed F150 variant is being powered by the 3.5L EcoBoost V6, giving it a ton of power (and a bunch of easily-reached power potential) in a small, lightweight package. While a smaller truck is a very good thing when it comes to power-to-weight ratio, finding exhaust systems that will bolt-on to its very small 126" wheelbase is a pretty big problem. Most of our F150 EcoBoost Cat-Back exhaust systems bolt on to either 145" or 157" wheelbases, some with a minor amount of trimming, meaning that the 2014 Tremor trucks may be left out in the cold. However, there are a few cat-back systems in our arsenal that will fit onto the Tremor F150s with only a little cutting to help these pickups put down as much power and sound as they can muster.

Fitting a cat-back exhaust system under a short 126" wheelbase isn't easy, but kits from Flowmaster and MBRP will fit after some trimming of their piping. While cutting is involved, these are currently the only "bolt-on" options available for the 2014 Tremor F150s. That being said, if you're willing to spend a little extra time and money by going to a exhaust shop, or getting creative with saws and piping, adapting another exhaust kit or simply fabricating a a custom cat-back of your own is not outside the realm of possibility. 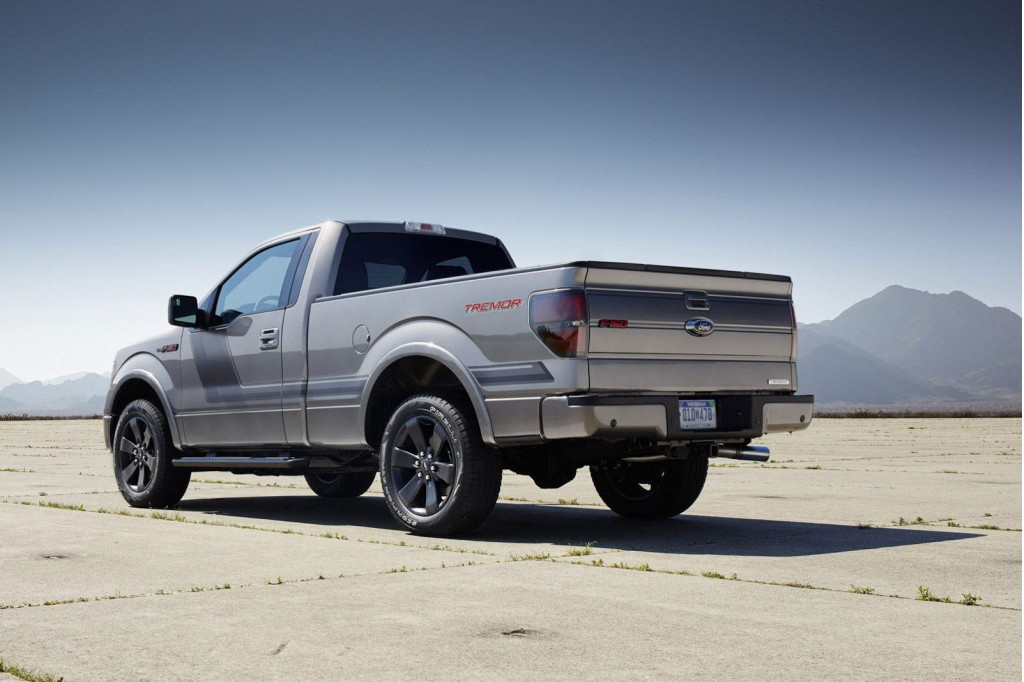 Here's our list of cat-back kits that fit the 2014 Tremor:
Previous Post
Next Post
Ooop! The email you entered isn't valid.
WooHoo! You subscribed successfully.
Ok! You're unsubscribed.
Scroll to TOP