Prevent EcoBoost Shudder and Protect Your Engine With a Catch Can!

Posted by Jordan Gerblick on 9/7/2017 to Informative Articles
Have you ever wondered if your Ford EcoBoost engine needs a catch can? In short, it sure as heck can't hurt. For a few reasons - including its direct-injected DNA, unique location of the intercooler and a PCV system that lets oil blow-by through to the intake - the EcoBoost engine is particularly vulnerable to the various issues caused by oil blow-by. Read on to get a better idea about how a catch can can be a simple, yet effective solution and preventative measure to all sorts of long-term issues.

Oil blow-by is oil vapor that gets forced through the PCV valve back into the intake stream. This build-up will eventually coat the intercooler, cold side intercooler tubing, throttle body and intake valves, as well as lower your overall fuel octane which all contributes to the infamous drivability problem known as "EcoBoost shudder" and negatively impacts long-term dependability.

While all internal combustion engines are afflicted by blow-by to some degree, direct-injected engines are particularly vulnerable thanks to a lack of fuel rails that would otherwise be cleaning the intake valves. Ford's PCV system isn't the most effective at preventing blow-by, which leads to a fairly large amount of oil getting into the intake tract of a lot of EcoBoost-equipped vehicles. Over time, the blow-by pools in the intercooler and can enter the cylinders when you jam the throttle, which is the principle cause of the infamous "shuddering" issues that plague Ford's EcoBoost vehicles.

A lot of folks simply drill what are called "weep holes" into the bottom of their intercoolers to drain the pool of blow-by oil and blow out any moisture to avoid shuddering problems. However, we generally recommend a catch can as a more efficient, environmentally friendly solution that won't cause boost leak like a weep hole. A weep hole also does not totally solve issues with both octane degradation and long-term valve coking problems. 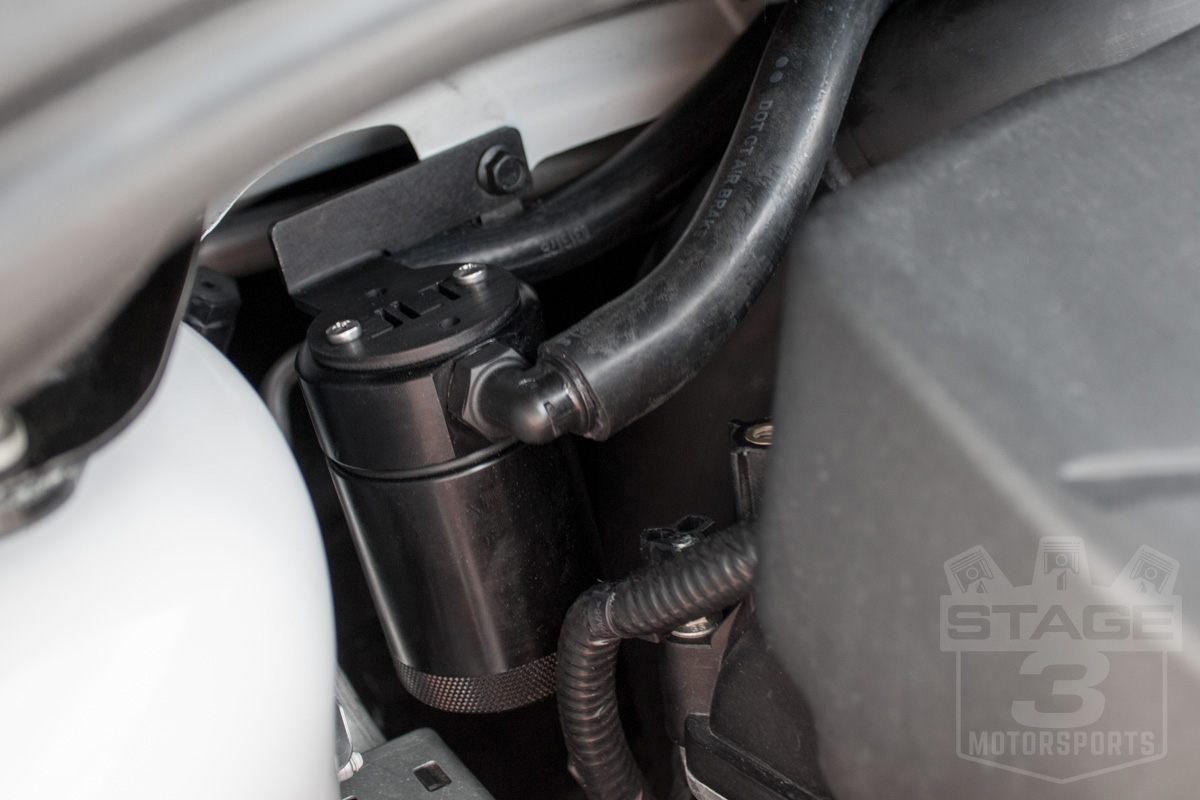