Before you Buy: F150 Budget Overland Setups for your Summer Adventures!

Posted by Jason Locke on 5/23/2021 to
As cool as it is to see some fully-decked out Overland F150 with bed racks, roof racks, roof-top tents, remote reservoir coilovers, piggyback rear shocks, and another $10K worth of gucci camping gear is all well and good, but if you work for a living (like myself), you may be thinking whether all that is rrrreeaaalllly that necessary. The fact is for 85% to 90% of overland and camping adventures, you can get away with a lot less. Granted, there are that 15% to 10% that do get full use out all that gear, but there are much more budget-friendly options to get your F150 prepped for your summer camping and off-road adventures...assuming you're not going to be ripping your F150 around too hard.

Per usual, the place where you usually need to start with any Overland Build (especially if you're starting with a bone-stock truck) is with suspension, and if we're trying to keep with a budget theme, that means we'll look at leveling spacers first. While leveling spacers for 2009-2014 F150s and 2015-2020 F150s tend to get a bad rap, there's nothing INHERENTLY wrong with the things. While a leveling spacer won't give you a bump in performance like a completely new strut assembly or a complete coilover, they still give you the clearance to fit on a larger and better tire than stock to get both better ground clearance and improved traction. Now, if it's within you budget and ability, grabbing something like the Bilstein 5100s, Eibach Pro-Truck Sports, or a 2.0 Coilover of some sort, you probably should go that route. Aftermarket struts, shocks, and/or coilovers will last you a lot longer than the stock assemblies and give you improved handling and performance which is never a bad thing, especially off-road.

For our choice of tires, we're going to assume the following two things: 1). That we're equipped with at least a 2" leveling kit. 2). Going along with our "budget" theme, we're assuming we're keeping the factory wheels. With those things out of the way, we can potentially squeeze on a 33" tall tire, though we'll stay a bit narrower to keep the price of the tire down. One of our favorite bang-for-your-buck tires is the Falken WildPeak A/T3W, which has ended up on more than a few of our own project trucks. For our purposes here, some good size options are the P-Rated 285/70R17s (though and LT285/70R17 is also available if you want some extra plys), LT275/70R18, or P275/60R20s depending on your stock wheel size. Another good fairly budget option would be the Toyo Open Country A/T III, though we haven't tested those ourselves yet. 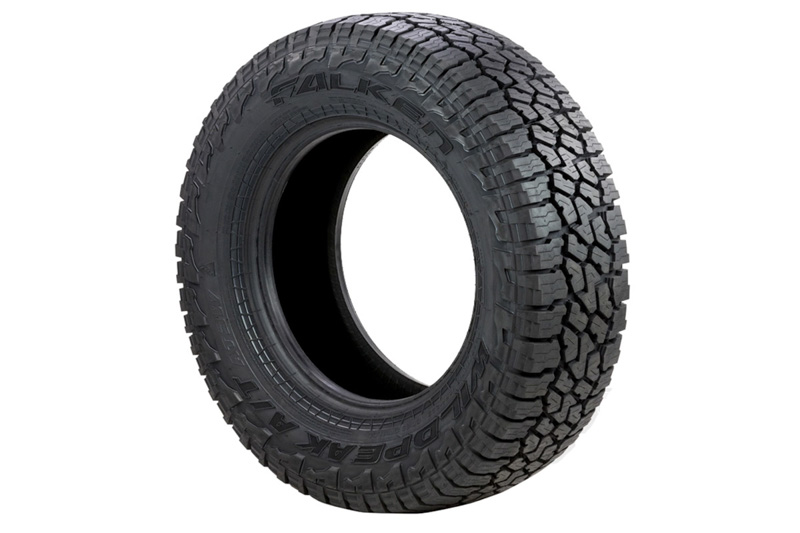 Budget Camping and Overland Gear for Your F150

Now, there are nearly endless amounts of potential camping setups, and what you'll need for your build is going to HEAVILY depend on what you're doing on your specific trip. That being said, there are a few items that come in handy for any camping or overland adventure, namely a tent, some storage, a cooler, and some general tools and gear. Like we stated earlier, Roof Top Tents (RTTs) are pretty awesome, but their price tag is nothing to sneeze at. If you want something that still gets you off the ground without the price tag, check out Rightline's Truck Bed Tents. While they're not quite as easy to setup or as cozy on their own as an RTT, Rightline's Bed Tents do a lot to turn your truck into a basecamp. You can add some comfort with a Rightline Inflatable Bed Mattress. 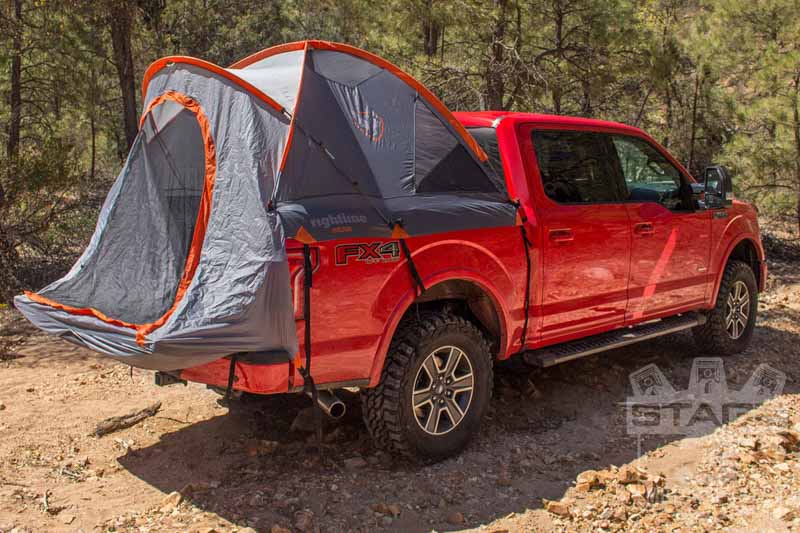 As for storage, there's a few hard storage options that are fairly budget-friendly, but you may need to go with a soft-storage bag or system depending on your budget. The Rightline Waterproof Car Top Carrier is a good choice. While technically meant for car tops, it fits pretty easily in most F150 beds, and is especially handy for keeping your gear or clothes dry if you don't have a tonneau cover. For toting stuff around your camp site, take a look at ARB's Large Storm Bag, which is a heavy-duty duffle bag option that's a bit more compact than the Rightline Carrier. 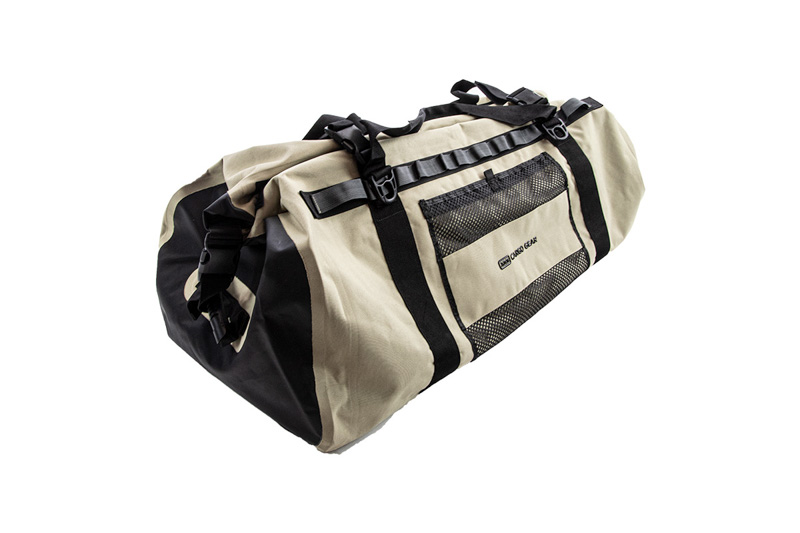 In general, a high-quality cooler is hardly ever "budget-friendly", but we do have a couple of coolers that are on the lower-end of the price range. BullDog's 45qt or BullDog's 65qt coolers are good options. Both are pretty heavy-duty, and feature very similar features to higher-priced coolers, but in a much less expensive package. The coolers have heavily-insulated walls with secure latches and drains that make them a handy cooler for just about any off-road or camping adventure. 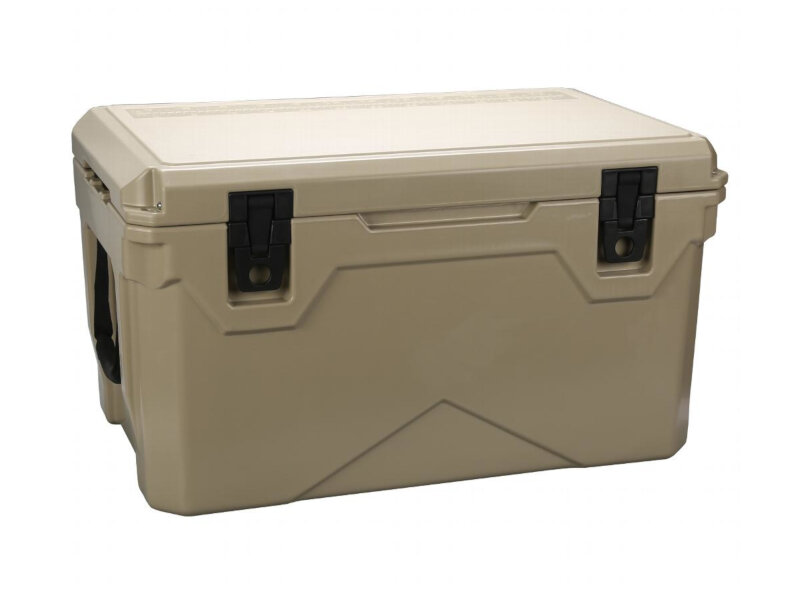 For tools and gear, it's generally a good idea to have a little bit of everything in a package when it comes to budget-friendly tools. One of the first things you should probably grab is some sort of Jerry Can. Jerry Cans are handy for both storing extra fuel or water, which can help extend your stay or adventure time off-road. Rugged Ridge's Jerry Can is a quality, classically-style option that gets the job done at a low price. For off-road tools and kits, one of the best bang-for-buck tool kits is the Rugged Ridge All-Terrain Recovery Tool Kit, which comes with a bunch of different heads and a sturdy handle that lets you beat or shovel just about whatever your need. 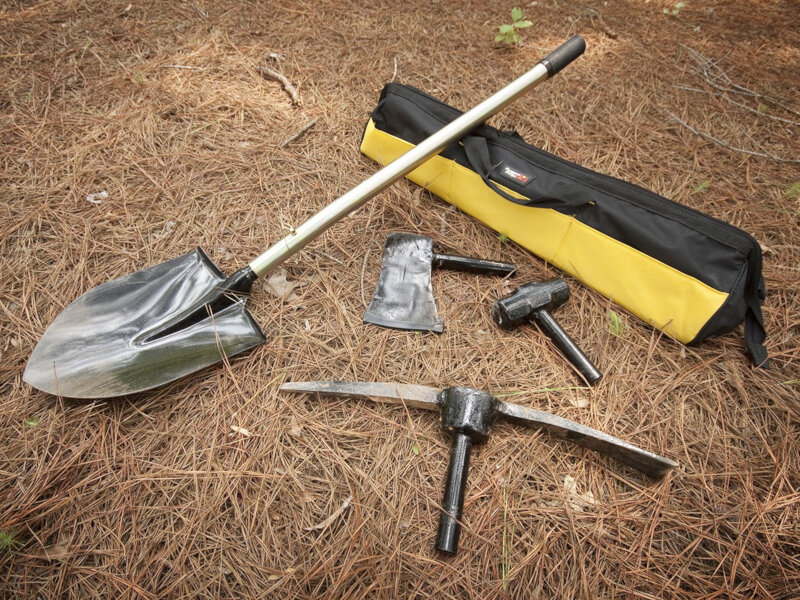 While there's plenty more you could potentially add to any camping or overland build, these parts and accessories at least give your F150 a good baseline in a package that won't put a huge dent your wallet. What did we miss that you think is critical? What would you do differently? Let us know in the comments.
Previous Post
Next Post
Ooop! The email you entered isn't valid.
WooHoo! You subscribed successfully.
Ok! You're unsubscribed.
Scroll to TOP