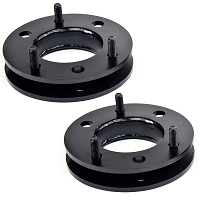 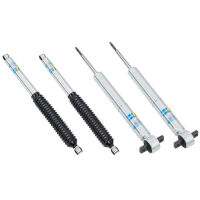 There's more than few leveling kits out there for the 2004-2018 F150s, all of which add front ride height to your truck, but have various methods and end results. In general, your average leveling kit will allow you to clear up to 33" tall tires, though that can vary a bit depending on what wheels you're using and how wide of tire you're planning to run. Check out some of our builds to get ideas for your truck.
Ooop! The email you entered isn't valid.
WooHoo! You subscribed successfully.
Ok! You're unsubscribed.
Scroll to TOP