Underdrive pulleys are one of the better bolt-on modifications for your 2005 to 2009 Mustang GT and can get you some easy power gains in a small package that won't require other modifications or tuning. Underdrive pulleys can get your Pony up to 10 extra horsepower by replacing your inefficient accessory drive pulleys and allowing your Mustang's 3V 4.6L V8 to make more power. These pulleys work by slowing down the rotational speeds of your Mustang's belt-driven accessories, an action that reduces drag on your motor and allows it to put more power through to the crankshaft. The result is a nice boost in horsepower and some hassle-free performance gains. Once you're done with under drive pulleys, make sure to take a look at our Mustang cold air intakes, or 3V Mustang performance packages. 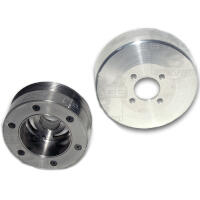 Underdrive pulleys have long been one of those "first mods" that new Mustang owners grab when they need to make some spare power without any hassles. Underdrivers are a great choice for anybody who wants some easy extra horsepower for their Pony. Underdrive pulleys work extremely well with other simple bolt-on upgrades like cold air intake kits, throttle bodies and tuning so that you can start throwing together a powerful, mean, naturally-aspirated 2005 to 2010 Mustang GT build that is sure to bring a smile to your face. 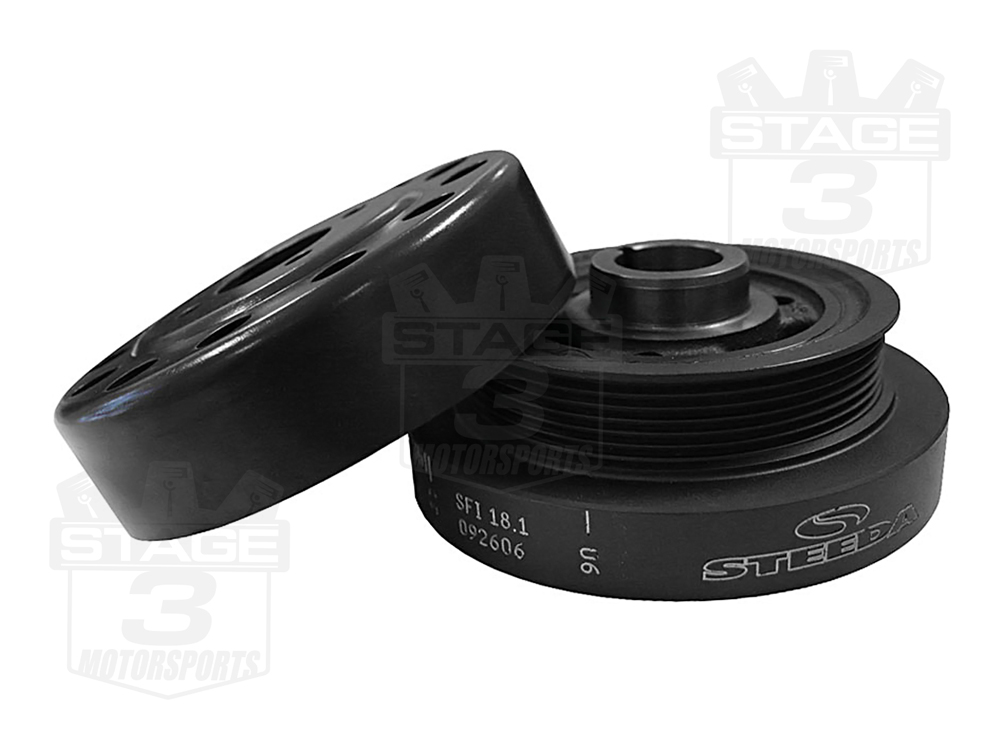 Do underdrive pulleys require tuning?
Nope. Absolutely not, and it doesn't even matter what other Mustang performance parts you're already rocking on your 2005 to 2010 Mustang GT. Underdrive pulleys gain their power through a mechanical process, and not through altering your air or fuel flows. Thus, no PCM tuning is required.

If underdrive pulleys don't effect air or fuel, why are they in the air/fuel section?
I don't like your tone. But really, we just threw them in here, because along with cold air intakes and throttle bodies, they're one of the "first" modifications most people make to a Mustang that's staying naturally aspirated.

Can I reuse my stock serpentine belt?
Yep. Your 2005 to 2010 Mustang GT's factory serp belt is totally compatible with these underdrive pulleys.

What's the difference between SFI and Non-SFI Mustang underdrive pulleys?
SFI stands for SEMA Foundation, Inc, and they're basically in charge of standards for performance and racing hardware. Pulleys that are designed and manufactured within their guidelines get SFI-Approved which is required for most racing leagues and organizations. Non-SFI pulleys aren't manufactured under any such guidelines and can't be used for most competition purposes, but they are slightly less expensive than SFI-Approved Underdrive Pulleys. We only sell SFI-Approved pulleys here at Stage 3 so that you only get quality parts. 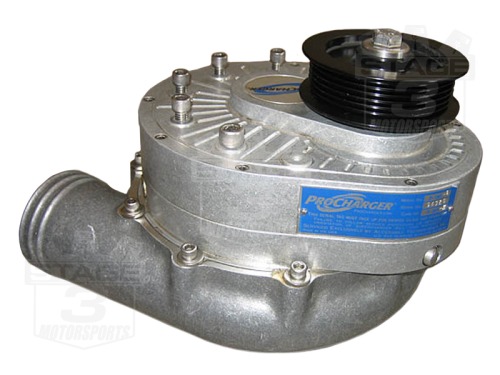