The stock downpipes are pretty restrictive thanks to their smallish diameter and low-efficiency catalytic converters, which is why jumping up to a set of F150 3.5L EcoBoost aftermarket downpipes is one of the best bang-for-your-buck power upgrades that you can make to your aggressive 2015-2018 F150 3.5L EcoBoost build. Performance downpipes relieve back pressure from your turbochargers' turbine housings and get your powerful F150 build running at its absolute best. Make sure you grab a custom tune to go along with your downpipes!
F150>2015-2017 F150 3.5L EcoBoost|F150>2018-2020 F150 3.5L EcoBoost 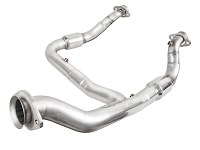 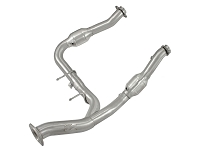 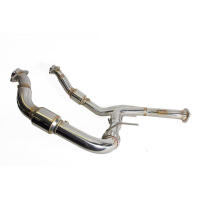