While the intake system setup on the 2004 to 2008 5.4L F150s isn't the strangest in the world, it is kind of an odd setup and isn't the most efficient thing to ever grace an internal combustion engine. That's probably why even the most basic of upgrades can make a huge difference on the 3V 5.4L V8s, and it's also why we grabbed a BBK 80mm Power-Plus Throttle Body and an Airaid Jr. Oiled Intake Kit for our very own 2004 F150 5.4L Project Truck. Both BBK's throttle body and Airaid's more basic Airaid Jr. intake kit are a great way to provide a nice improvement in engine airflow over stock and have extremely easy, bolt-on installations that can be completed with common hand tools in around an hour for both kits. While you could easily do either upgrade separately, it's much easier to throw them both on at the same time, given that removing the air box assembly once is much better than twice. Either way, both the BBK Throttle Body and Airaid Jr. Intake kits make a nice difference in performance and drivability without any hassles. 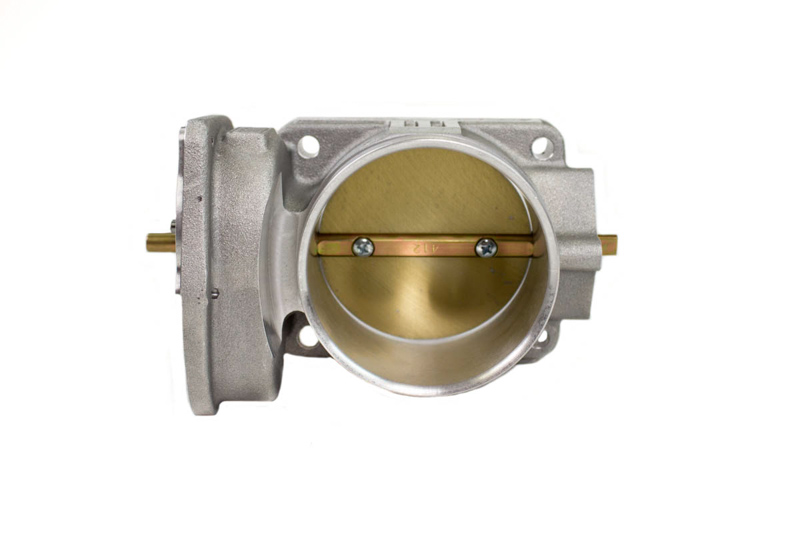 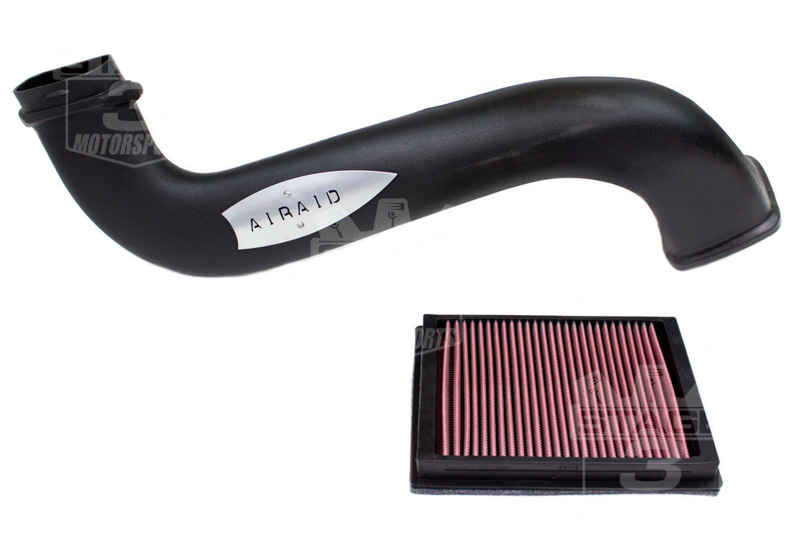 Now, an install with Stage 3 wouldn't be a true Stage 3 install without a little help from Marty and the guys down at Extreme Performance. So, step one of our throttle body and intake kit install was to head out to Goodyear, Arizona and pay those guys a visit. We were getting a hand from Erin who made the install of both kits look even easier than really already are. The truck had a decent opportunity to cool off while we were busy getting our Mach-X kit installed on our 2011 EcoBoost project truck. After Erin was ready, he got the hood opened up and got our install going with gusto.

We decided to do the throttle body before everything else, and the first step was to get the factory air duct tube/scoop out of the truck. Erin was easily able to pull the stock tube out of the air box and removed the bolt holding it to the mounting bracket before taking it our from the truck.

After he pulled out the inlet tubing, Erin got to work on the air box assembly. He started by unplugging the MAF sensor and unhooking the vacuum line on the air box. The he unbolted the four bolts holding the air box to the intake manifold.

Next, Erin pulled the bolts holding the throttle body to the manifold.

Unlike BBK's throttle bodies for the newer vehicles, the 80mm Power Plus Kit requires the transfer of the stock throttle body's throttle position sensor and actuator, which sounds harder than it actually is.

Erin started with the throttle position sensor and unscrewed its two Torx bolts before transferring the sensor over to the BBK Throttle Body.

Once the TPS sensor was in place, Erin unbolted the actuator assembly from the throttle body.

Now, the spring inside the actuator basically just fell out, which is supposed to happen. Erin simply st in place on our BBK throttle body for now.

Erin then transferred the rest of the actuator over to our BBK Throttle Body and bolted it down.

Now back to the spring. The spring needs to have tension in it so that the actuator actually functions. To do this, Erin removed the cap covering the spring housing and then rotated the top of the spring with a pair of pliers until it clicked into place with the alignment tabs on the housing's walls. After the spring was in position, Erin reinstalled the cap.

With everything situated with the throttle body itself, it was time to drop it into place onto the truck's manifold. BBK includes four new Allen-head bolts with each of their throttle bodies. Erin pretty quickly got everything bolted down. He then reconnected the wiring harnesses for the TPS sensor and actuator.

With everything bolted down and reconnected to the throttle body, it was time to get our Airaid Jr. Kit squared away. The Jr. Kit includes a drop-in filter and a new inlet scoop tube/duct. Since the stock air box was already off the truck, Erin popped open the lid, removed the stock paper filter, and dropped in the Airaid SynthaFlow oiled filter.

Now, it's much easier to wrangle Airaid's new inlet tubing into place while the air box is off the truck. The tubing has some molded humps that pop into place in the air box's inlet opening.

Airaid includes a bracket for adapting the new tubing to the truck's mounting bracket. The bracket installs in a pre-threaded hole in the tubing.

After he slid the tubing into place, Erin dropped the air box back on top of the intake manifold and maneuvered the tubing's inlet end under the driver's coolant hose.

Once the tube was in place, Erin bolted down Airaid's mount to the stock bracket.

Erin then bolted the air box back onto the manifold.

After Erin got through bolting down the air box, he reconnected the MAF sensor harness and the vacuum tube to the factory air box.

Only one last little thing needed to be done before we wrapped up the install. The driver's side coolant hose rubs against Airaid's new inlet tubing. The good news is that they have a solution for that by including a loop clip and washer that pulls it up against the fender and out of the way. Erin first had to unhook the coolant line from the reservoir in order to untangle it from the wiring for the fuse box.

Next, Erin fit Ariaid's loop over the hose and then fit it through the fender tab with Airaid's included washer. He then reconnected the tubing back onto the reservoir.

With the coolant hose taken care of, our Airaid Jr. Kit install was complete.