Free Kicker Cush or Tabor Headphones with your SubStage or PowerStage Purchase!

Free stuff is nearly always a good thing, especially when it involves high-end audio components from our friends over at Kicker. For a limited time, we'll be giving away a set of Kicker Tabor Bluetooth headphones with your purchase of a Kicker VSS PowerStage Kit! Basically, you'll be getting a powerful and hassle-free audio system upgrade for your truck and a pair of high-quality headphones at one killer price. Any Kicker PowerStage Kit on our site qualifies for this promotion, which is only going on for a limited time! Just enter "Tabor" with your PowerStage purchase as a discount code when you check out to take advantage of this promotion. 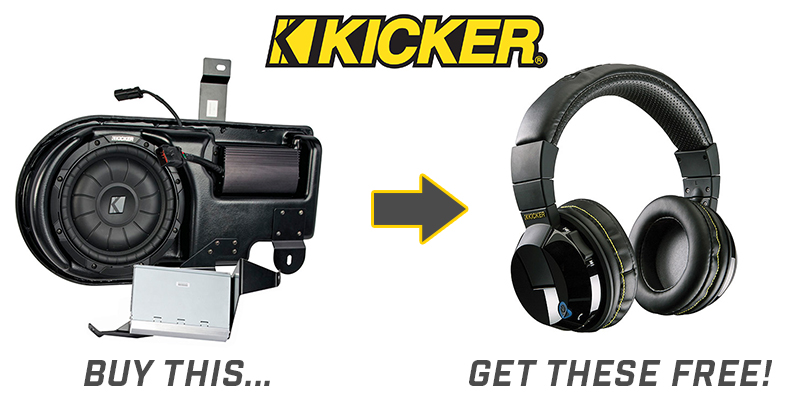 The following PowerStage Kits qualify for a free set of Kicker Tabor Bluetooth Headphones when purchased with our Tabor discount code:

The coupon code does not work. Is this promotion still available?

I also tried to use the tabor discount code and couldn't get it to work.

trying to add the "TABOR" coupon code to my Kicker Powerstage order but it does not appear in the cart, is this still a valid offer? thanks

Hey Richard, The code is still valid. I tested the "tabor" code and got it to work just fine. Try to enter in lowercase, and see if that does it. If you're still having trouble, feel free to give us a call directly at 623-434-5277.