Posted by Jason Locke on 10/29/2015 to Installed Photos
Our friends over at Rogue Racing manufacture some pretty awesome off-road bumpers, and they have turned their attention over to the 2015 F150s with their 2015 F150 Rebel Front Off-Road Front Bumper and their 2015 F150 Revolver Off-Road Rear Bumper. The bumpers add a great look to the 2015 F150's body lines, and their color-matched backing plates really help set them apart from the rest of the off-road bumper crowd. We just had to get in on Rogue Racing's 2015 F150 off-road bumpers, so grabbed a set of our own for our 2015 F150 3.5L EcoBoost Project Truck. The bumpers combined with our truck's lift kit, wheels, and tires made for an awesome upgrade that brought out the best in our 2015 F150's appearance. 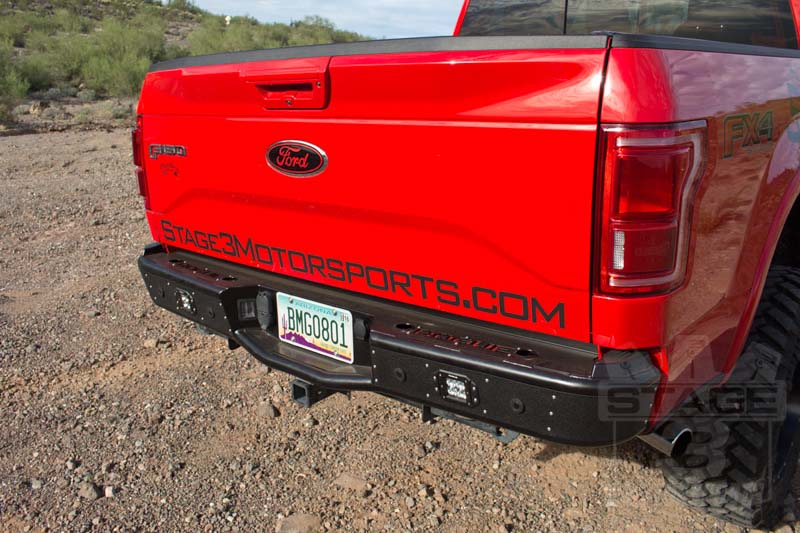 The front bumper is built with mounts that can accept a pair of Rigid Industries 40" RDS-Series LED Light Bars in an over-under configuration which combine to provide extremely impressive light output over an enormous area. The rear bumper comes with options for backup sensor provisions and comes standard with mounts for a pair of Rigid Industries D-Series Flush Mount Off-Road LED Lights. 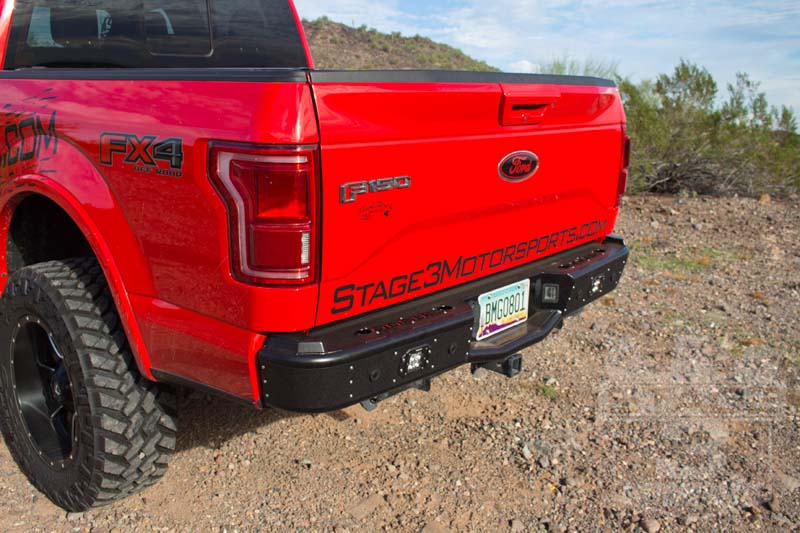 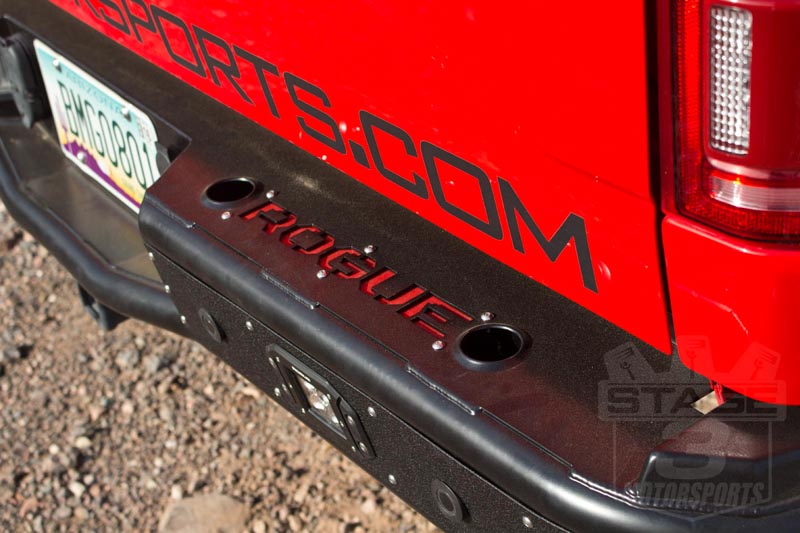 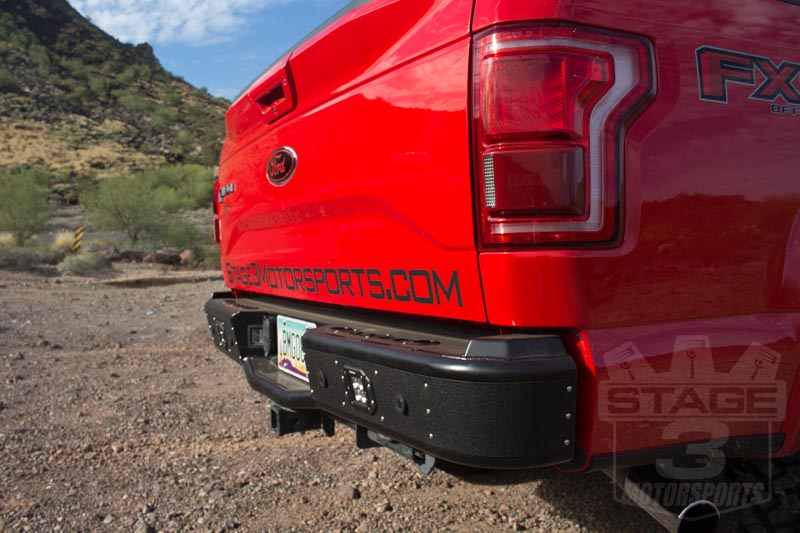 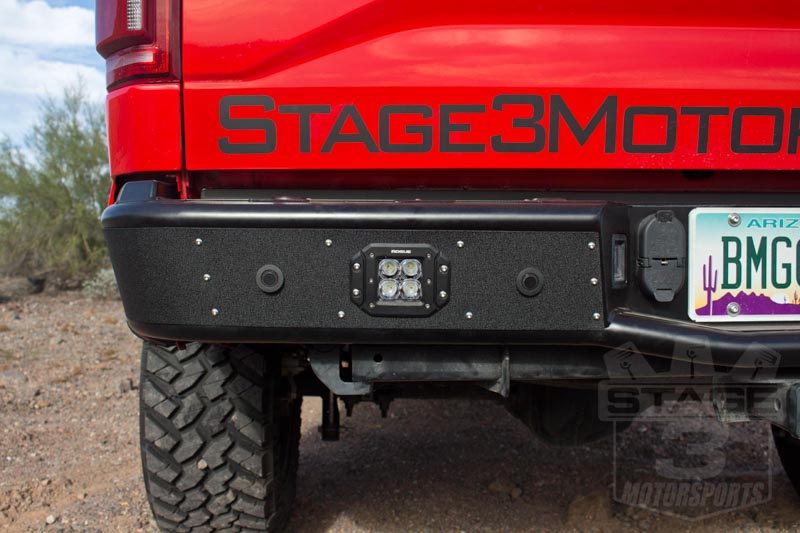 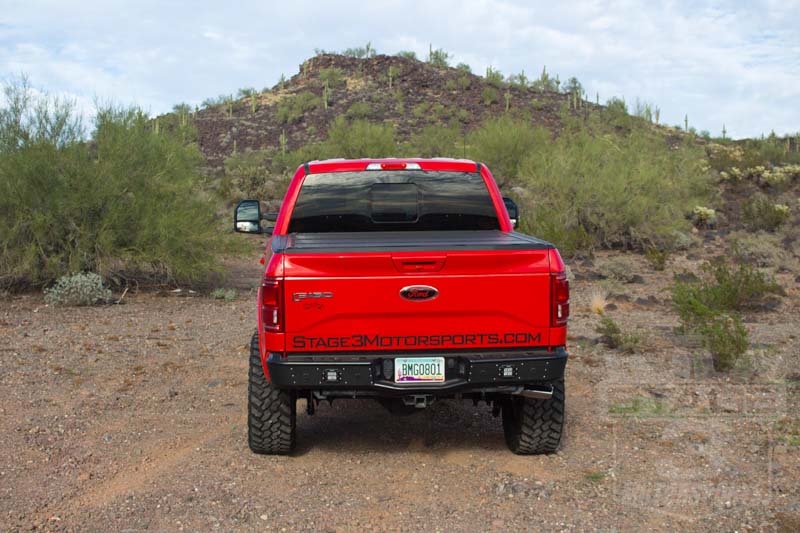 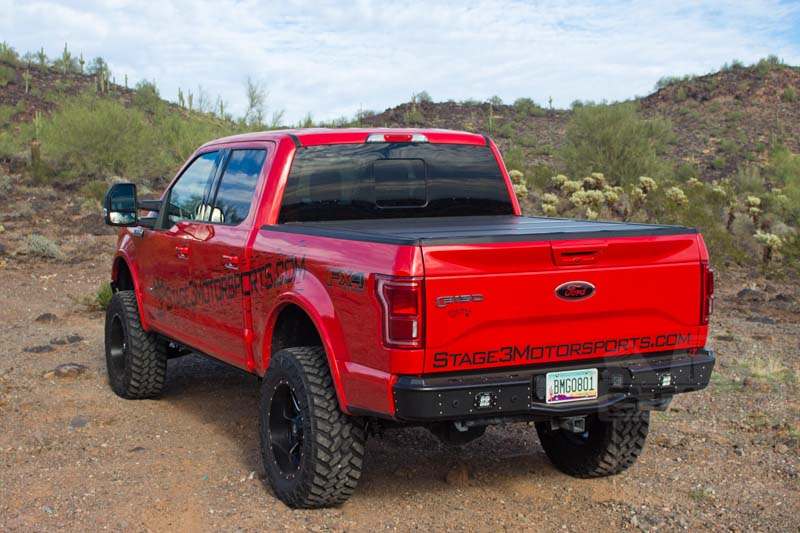