We're pretty big fans of Starkey Products. Their lighting kits are always high-quality, fit great, and always have everything you need for a clean install. While they're better known for their OEM-style fog light kits for the Mustangs, they've made the jump over to F150s and Super Duty's with this excellent Complete Backup Light Kit. The kit comes with a pair of Rigid Industries D-Series Off-Road LED lights, a stock-style rear fog light switch, and a complete set of wiring for then entire system. Even though Starkey's kit is semi-universal, it comes with instructions and everything you need to get a pair of powerful reverse lights or rear-facing work lights to your truck with practically no hassles. Both ourselves and the guys down at Extreme Performance were pretty impressed with this kit and we highly recommend it. 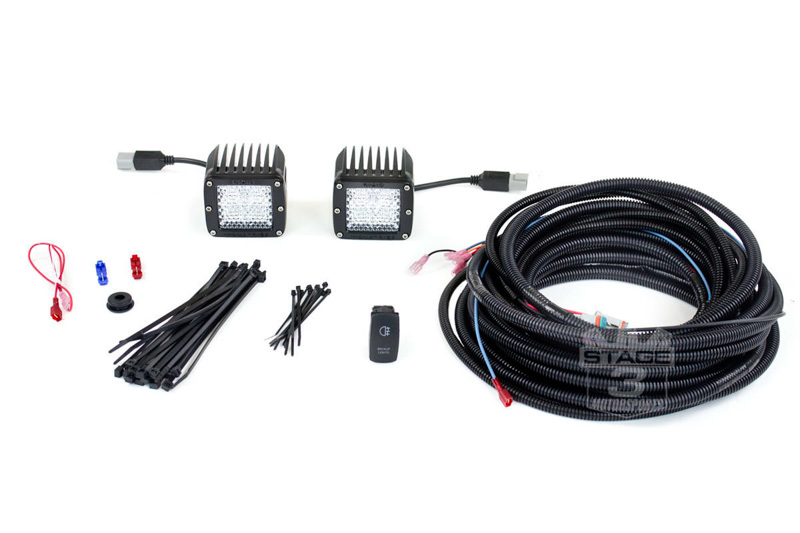 We began our install by heading down to Extreme Performance in Goodyear, where Chris and Jay were waiting to help us out. In the Starkey box you'll find the two Rigid Industries D-Series lights of your choice, a lifetime supply of zip ties, a quick-splice, and a very intimidating amount of wiring. While there is a whole bunch of wiring, it's actually pretty straightforward to route and hook up. Jay started out in the engine bay and fed the ends for the included switch through the firewall grommet and into the cab.

Next, Jay fed the cable with the connectors for our Rigid D-Series lights down the firewall and into our truck's wheel well.

Once down into the wheel well, Jay walked along the length of our truck and strung up the remainder of Starkey's wiring to the wiring bundle going back to the taillights using zip ties at regular intervals while cutting off any excess.

When we reached the rear wheel, Jay followed the taillight wiring bundle over the frame rail and all the way to back to the hitch receiver.

Starkey's instructions don't include anything for mounting the D-Series lights, but you can basically put them anywhere you please. By far the easiest and quickest way to get the lights mounted are to use the screws that mount the bumper cover to the hitch receiver assembly, and simply thread the screw through the D-Series' mounting brackets. If you'd like something more permanent, you could drill/weld them to the hitch receiver, cut into your truck's bumper cover for a flush look, or do just about anything else. We chose the simple way, and Chris started by removing the two bumper cover screws.

Next, Chris put the brackets on our Diffused Duallys and tightened them down very gently to each light. Next, he put them on the truck using the factory screw.

We double-checked that the lights' brackets were aligned before tightening them down to the truck.

With the lights secured to the truck, Chris carefully aimed them both and tightened down the allens on the lights.

Now came time to finish up the wiring, and if you're not planning on tapping the kit into your truck's reverse lights, then all you have to do is hook the connectors or each light to the ends of the wiring, and then police up any excess cabling.

If you are going to wire the lights into the reverse lights, disconnect the wiring plug for the trailer light adapter and move the sleeve up the harness so that you can see all of the wiring.

The wire you need is white with a brown stripe, though double-check your adapter wiring. Starkey's kit comes with a quick splice that makes it extremely easy to tap into the reverse lights. Once the quick splice is clipped on, Jay connected the separate blue wire spade to the quick splice.

Once the splicing was finished, Jay slid the wiring sleeve back into position and zip tied all of our excess wiring into the recess above our spare tire. Depending on your own truck's wheelbase, you may have either a lot more, or a lot less wiring. Either way, you'll have plenty of extra.

With the wiring routed, hooked up, and cleaned up for the actual lights, it was time for the switch. We had already cut a hole for the switch in our dash and light trim panel during our install of the 50" SR-Series and N-Fab brackets. 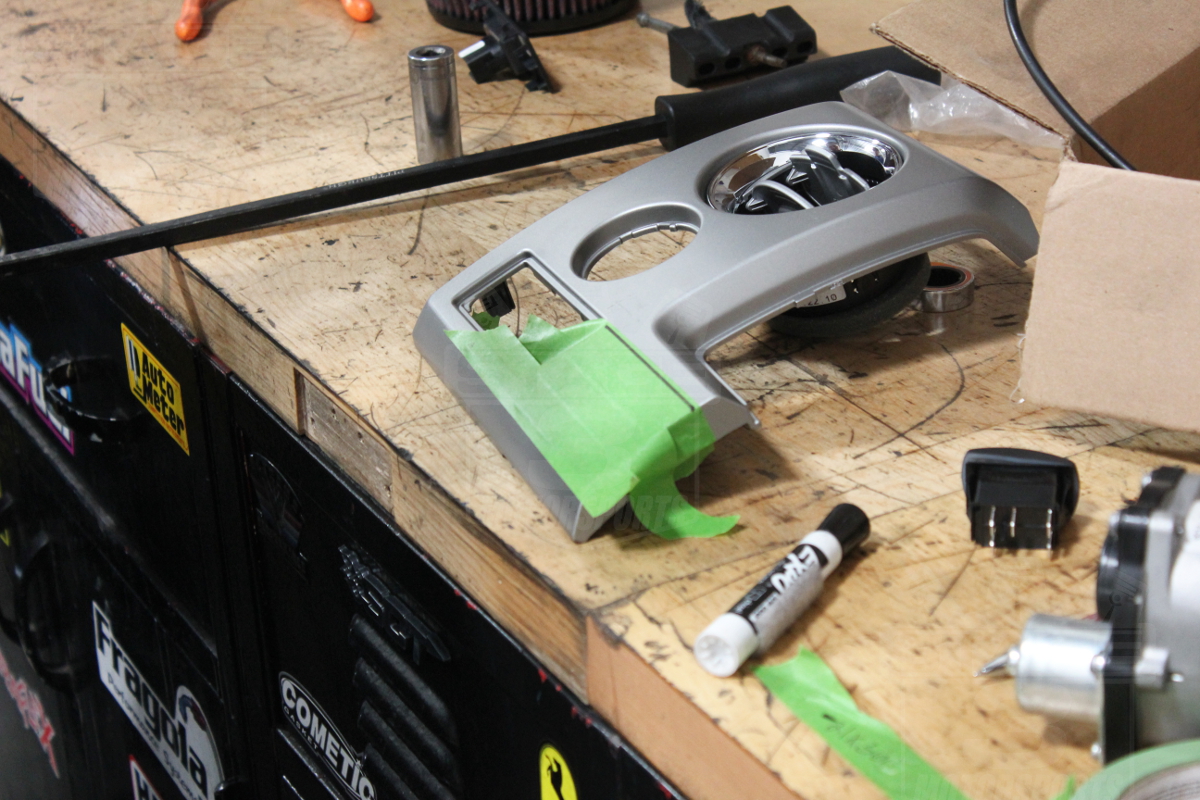 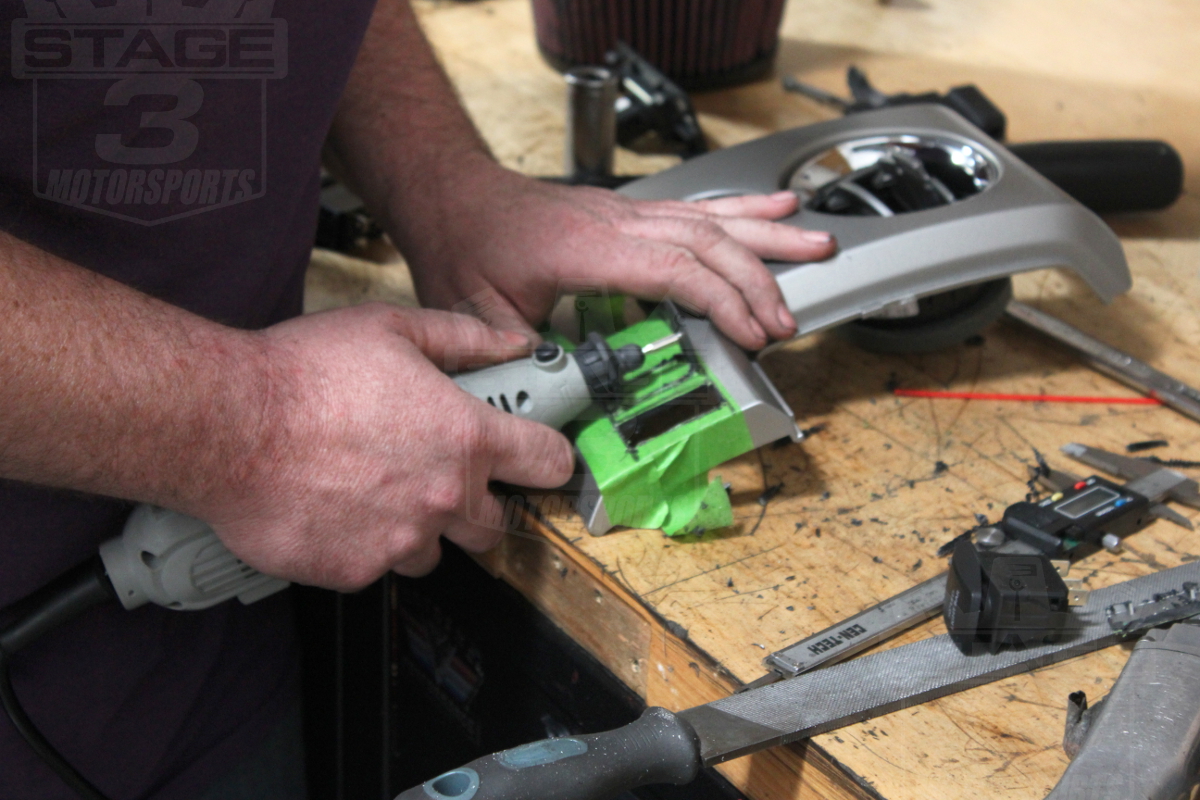 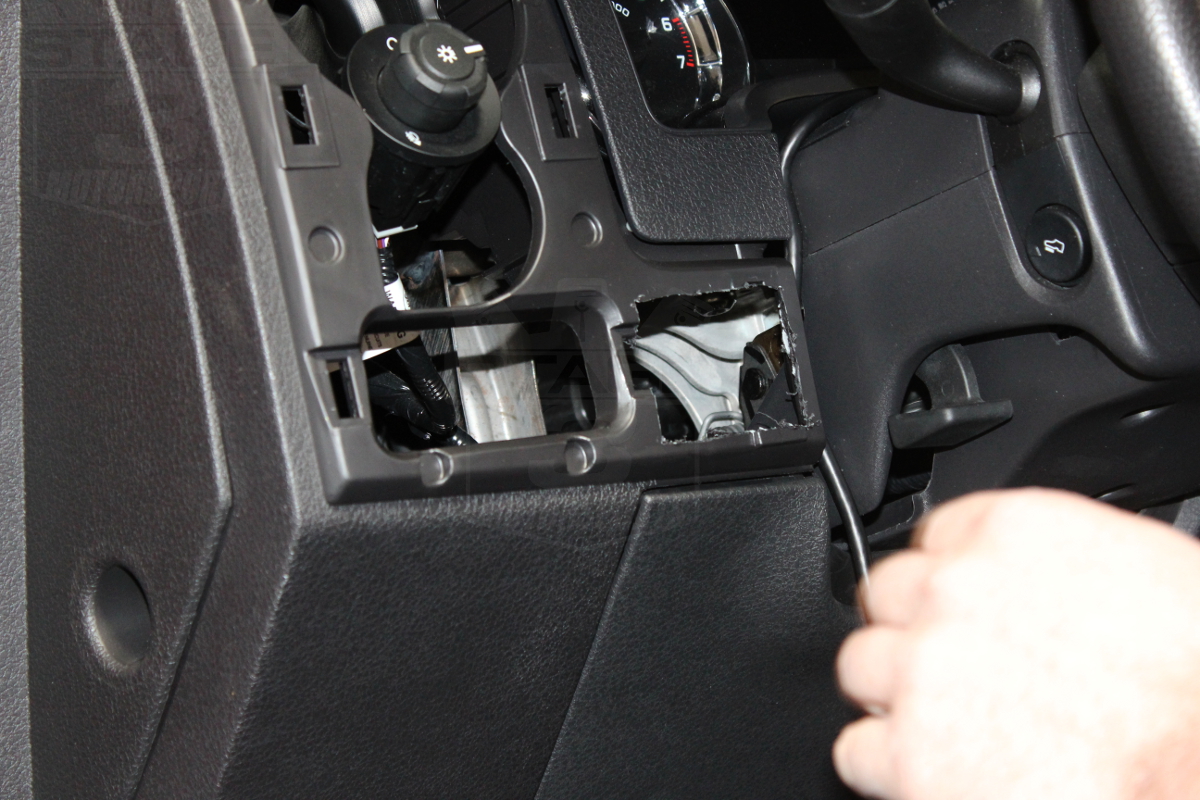 Because the hole was already measured and cut, all Jay had to do was string the wiring through and make sure the switch was connected and seated properly. 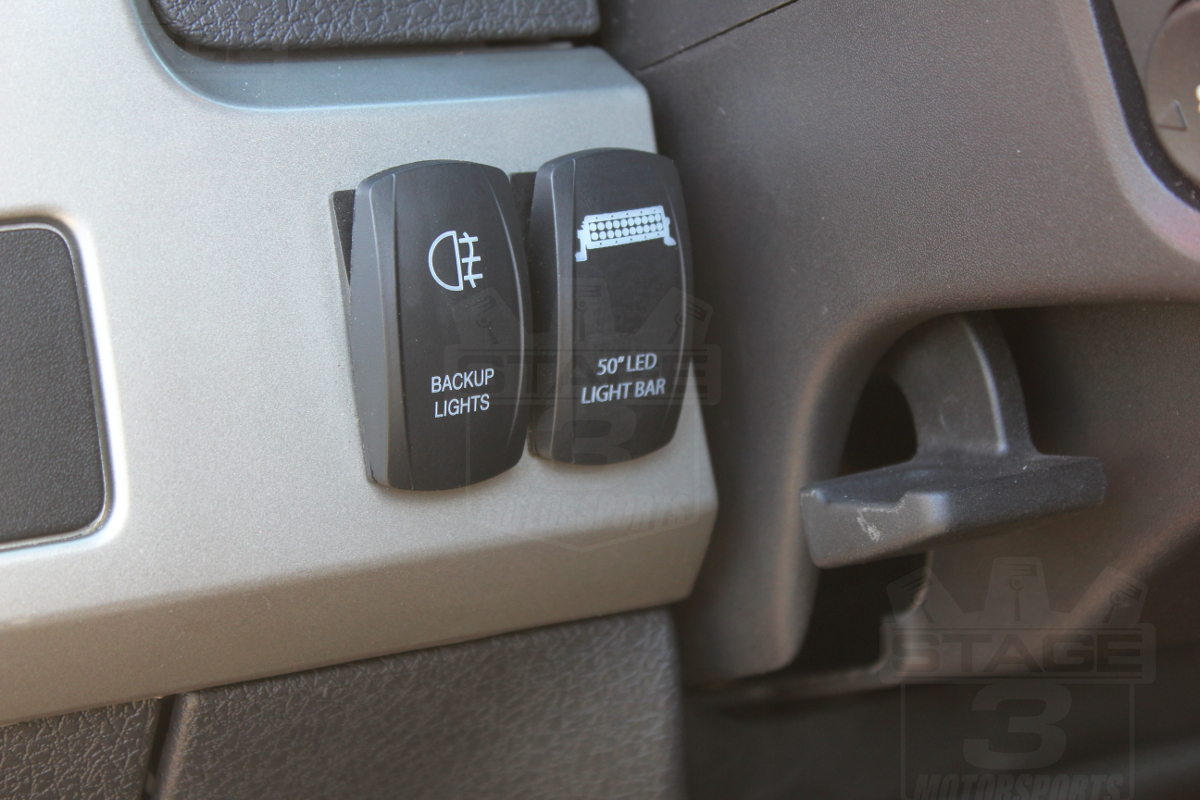 The switch wiring was now completed, so Jay headed back to the engine bay to get the lights wired into our truck's battery. First, he strung the wiring bundle to give himself a rough outline of where he wanted to route it. The good news is that there's plenty of wiring, and we had some left over, even with Jay going around the bay.

With the wiring more or less laid out, it was just a matter of tucking and zip tying all the bundle into place to keep the engine bay looking as clean as possible.

Jay looped all of the extra wiring, zipped tied it together, and placed it next to firewall and fender before attaching positive and negative cables to the battery terminals.

And with the power hooked up, our install was complete. Thanks to Jay and Chris for helping us out! The lights look great and the switch functions perfectly. The kit's fit and finish were excellent which made the install go very smooth.