Posted by Jason Locke on 8/1/2020 to Before you Buy
While the Ford 9.75" rear end is one of the stoutest rear ends and axles in a half-ton truck, and while it's certainly able to handle nearly any application you have in mind for your awesome F150 or Raptor build, it's actually pretty annoying to actually live with, since it lacks a drain port and the fill port is placed on the side of differential housing and has this annoying tendency to rust itself to uselessness in places that use salt on the roads. That's why an F150 aftermarket differential cover is one of the most handy upgrades you can most handy upgrades you can make to a 9.75" equipped F150 or Raptor. Nearly all of these differential covers come with their own drain and fill ports, increased capacities, and revised designs that make them extremely effective upgrades over the stock cover. However, there's more than few to choose from which can make finding the right one for your kind of a pain. 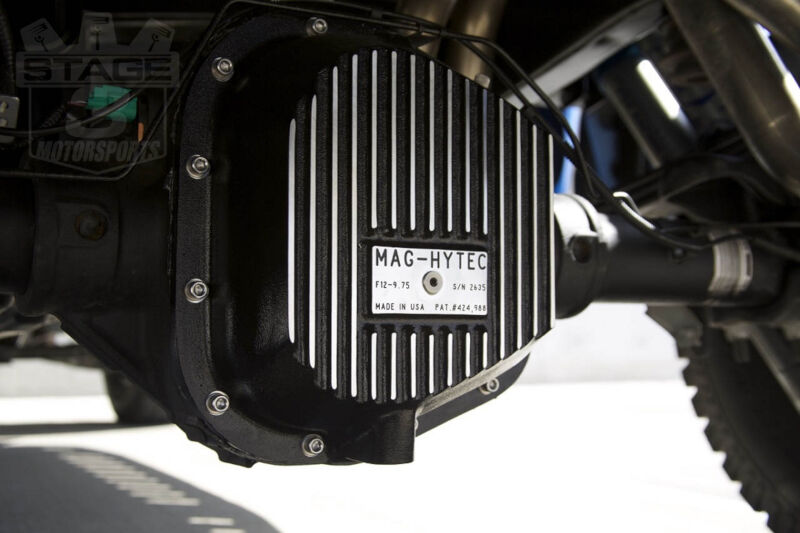 We'll start with the differential cover that I have personal experience with, the 1997-2014 F150 Ford 9.75" G2 Gear and Axle Diff Cover. This cover makes up for just about all of the deficiencies of the stock differential cover in a package that's about the middle of the pack price-wise, but may not have quite the same quality and strength as some of our other differential cover options. I've been running this differential cover for about three years now on our 2011 F150 5.0L XL build, and thusfar, it's help up to our abuse for the most part (more on that in a second). The G2 diff cover is made out of cast aluminum, so it's stronger than stock and features a higher oil capacity than stock with milled fins that work together to provide a cooler running temperature than stock. The cover comes with a main upper fill port with a dip stick (as well as a backup fill port, which can be handy. Again, more on that in a minute). The most hand feature of this cover is its built-in, reusable seal that means no more fiddling withe gaskets or gasket maker, even if you remove the cover for a gear swap, differential upgrade, or because you manage to break your stock axle and need to swap the cover over (yes, that did happen to me). 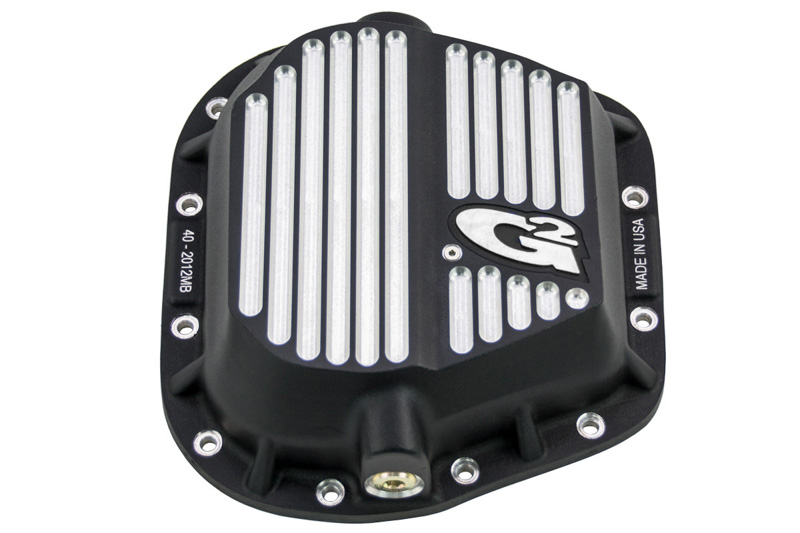 There are a couple of downsides with the G2 that I've found over the years, the biggest is with the dipstick port. The top of the dipstick is made out of billet aluminum, which sounds good on paper, but since it's a soft material, trying to wrench it off after tens of thousands of miles through dirt and grime gets interesting. Mine eventually got so bad that it was totally stripped. However, the secondary fill port is just a small allen screw, and filling the differential cover was still extremely easy. A less serious issue is that the drain plug uses a 3/4" allen head, which most folks don't just have laying around. Still, these problems are fairly minor, and the stripping of the fill plug has a lot more to do with our own abuses, rather than anything inherently flawed with the diff cover itself.

Both the aFe 9.75" and the Mag Hy-Tec 9.75" differential covers are pretty similar to the G2 diff cover at first glance, but they do have some features that make them a bit a more handy and slightly less problem-prone than the G2. The aFe and the Mag Hy-Tec feature a similar cast aluminum construction as the G2, though both the aFe and Mag Hy-Tec have a higher amount of cooling fins with deeper machining than the G2, and gives them a nice cooling effect. The aFe cover also comes with a transparent view port on its side that allows you to easily and instantly check the oil level and oil quality whenever you feel the need. The aFe cover also comes with a dipstick, fill port, drain port, and built-in seal that likewise makes it a great way to eliminate the hassles of the stock differential cover all in one go. 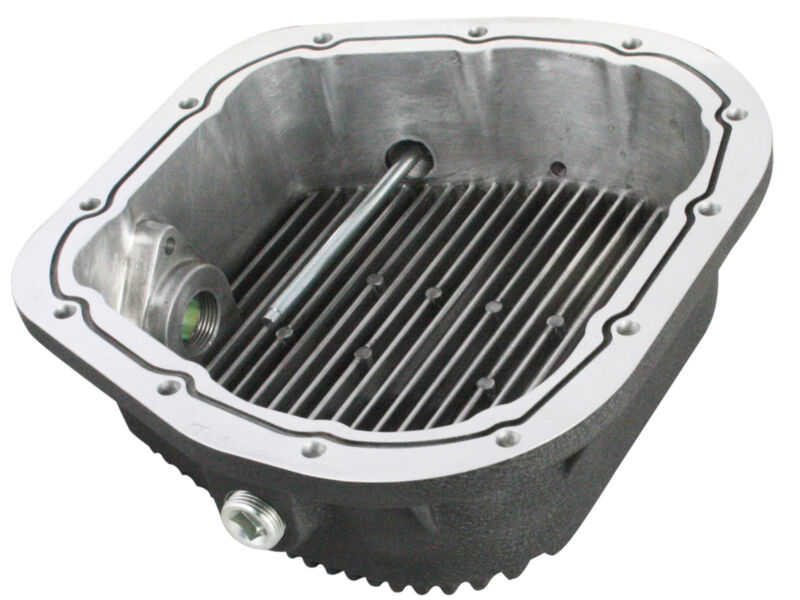 While the Mag Hy-Tec doesn't have a view port, it does arguably have the stoutest construction out of the three differential covers that we talked about so far. Like the other two, the Mag Hy-Tec cover also comes with a built-in seal, drain plug and fill plug. It also features a classic, old-school look that is sure to turn some heads. Both the aFe and the Mag Hy-Tec covers have a 5-quart oil capacity that provides a huge increase over stock. 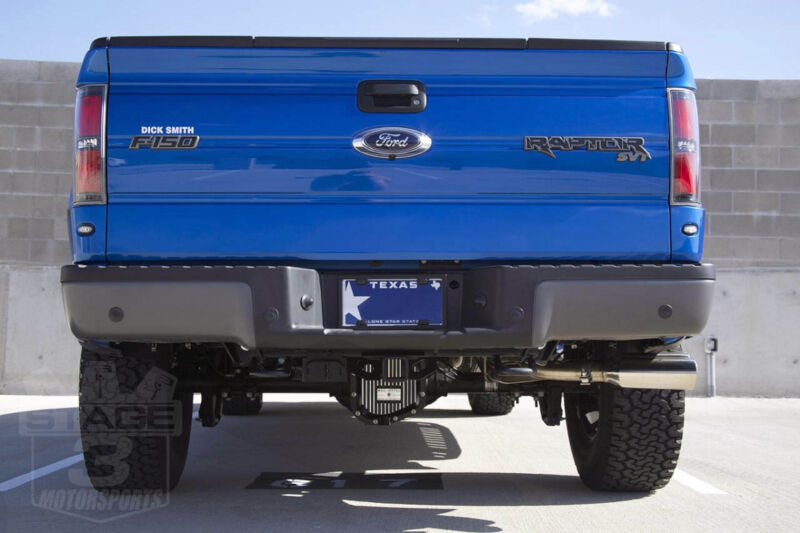 If you're looking for a more budget-friendly differential cover that may not have the same strength or features as some other differential cover options, then you can turn to the G2 Natural Aluminum or G2 Black Hammer Series differential covers. The Hammer Series covers, like the more robust Milled cover, are each made out of cast aluminum, though they don't have any reinforcement ribbing or cooling fins like their bigger cousin. They also don't have a built-in gasket like the standard milled cover, and will require a disposable gasket of some sort for installation. However, the cover does have a drain and fill port, which means you may never have to take the thing off again anyway. The good news is that you have more than a few rear differential cover options for your F150 to meet whatever price range you budgeted for. There are a few things to keep in mind however, especially if you're a stickler for gear oil changes or need to a break-in change after a ring-and-pinion or differential install. If you have further questions, give us a call directly at 623-434-5277 or email us at [email protected] if you have further questions. Ford 9.75" Rear Differential Covers
SHARE THIS POST
Previous Post
Next Post
Ooop! The email you entered isn't valid.
WooHoo! You subscribed successfully.
Ok! You're unsubscribed.
Scroll to TOP
Mini Cart 0 Items