Posted by Jason Locke on 5/16/2020 to Before you Buy
While your average 2011-2020 F150 isn't a slouch when it comes to towing and hauling, if your truck's leveled or you're hauling near max payload or towing near your gross combined, rear-end squat may be ruining your day or your F150's handling ability. When you hit that impasse, then you're probably debating about whether you should grab a set of F150 helper springs, F150 extended bump stops, or a complete F150 Air Spring Kit. There's pros to cons to each option, but end in the end, your choice is mostly going to be based on what you're doing with your truck, your budget, and how much ride quality you're looking to preserve versus load support capabilities. Per usual, there's not really a "best" option when it comes to the choice between air springs and helper springs, but there are some things you should consider before taking a plunge into the wide world of F150 load support.

We'll start with the F150 load support parts that impact ride quality the least by taking a look at extended bump stops. Extended bump stops include kits like the SuperSprings Sumo Springs or the Timbren SES System. These systems install in place of the stock bump stops and are both longer and made out of higher-density foam that absorbs impacts and heavy loads much better than the stock bump stops. These kits are relatively easy to install, and unlike bolt-over helper springs and air spring kits, don't effect ride quality when unloaded and only have a minor impact on on-road ride quality when they're loaded enough to rest on the axle. Kits like the SumoSprings and Timbren SES are a great choice if you're towing or hauling enough that you get some rear-end sag, but don't want the hassles or ride-quality loss caused by more extensive load support kits. The downside is that extended bump stops aren't as great as air springs or bolt-over helper springs when it comes to supporting extremely heavy loads. Once you start pushing max payload, GVWR, or GCWR, the bump stops will likely ride on the axle constantly, which loses you their advantages.

Next up, we have bolt-over helper springs. These include kits like the Hellwig EZ-990 Helper Springs or the SuperSprings Self-Adjusting Helper Springs. These kits are great in that they support more load than extended bump stops and help keep you level and stable even when pushing payload, GVWR, or GCWR. They're also extremely easy to take on and off when needed, meaning that you can go back to near-stock ride quality when you're not towing or hauling. The only downside to both the Hellwig EZ-990s and the SuperSprings Self-Adjusters is that they do have a negative impact on ride quality, especially if your truck is unloaded. As long as you're willing to take them off and on, they're a good choice for trucks that tow and haul pretty heavy on a regular basis.

Last, and certainly not least, are air spring kits. Air spring systems like the Firestone Ride-Rite and Air Lift Loadlifter Series are the top dogs when it comes to load support and rear loaded leveling. Air Spring Kits can support a bunch of load, and since you can fill the included air bellows with near-impunity, you'll never have trouble getting your F150's rear end back to a leveled ride height. no matter how much load you're carrying. However, there are a couple of downsides to complete air spring kits. For one, they are a pretty pricey option, especially if you're also looking at an on-board air system to fill the springs. Air spring kits also tend to roughen up the rear ride, even if you manage to keep their recommended air pressure steady. They also tend to hurt rear axle travel more than the other options and it's possible to tear the air bellows if you're extremely rough with them off-road. Nonetheless, if your truck is a dedicated tow rig that spends the majority of time on-road, then a set of air springs are likely your best bet. 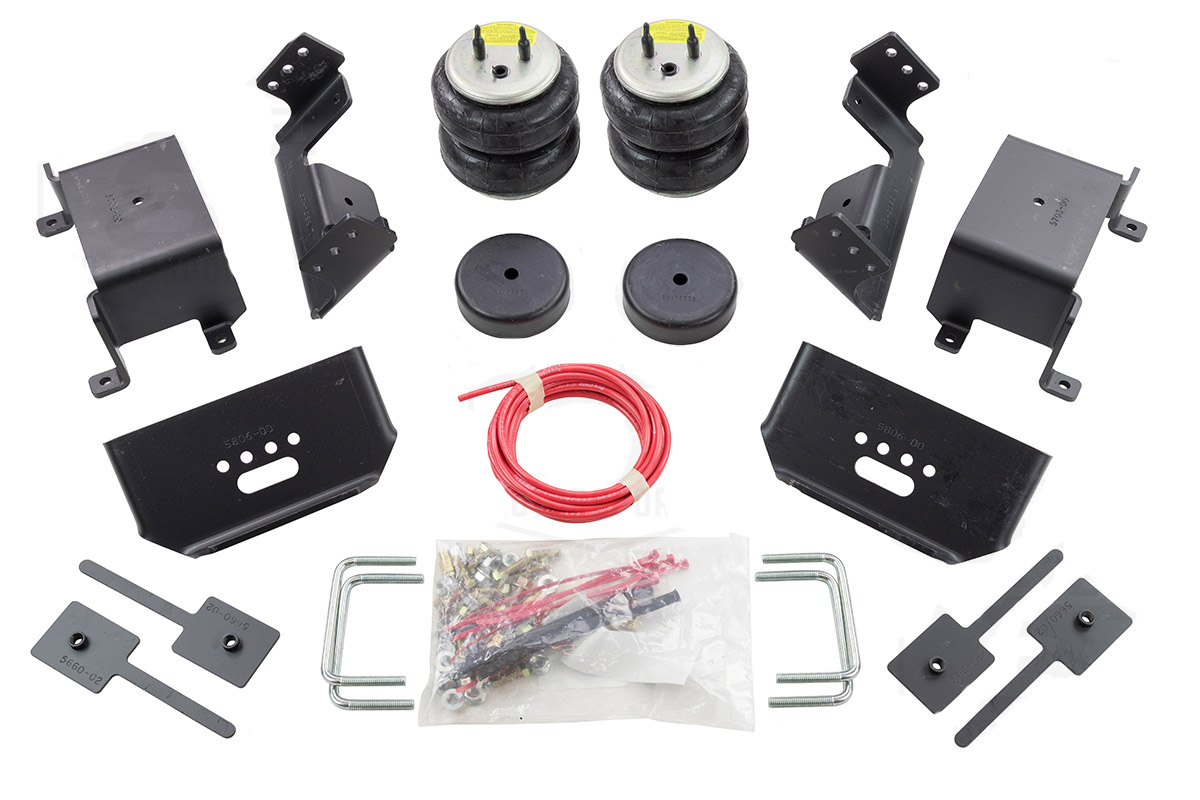